No room for SADA scandals in my govt — Prez Akufo-Addo

President Nana Addo Dankwa Akufo-Addo has reiterated the commitment of the government to establish the Infrastructure for Poverty Eradication Programme (IPEP) to ensure that each constituency receives the equivalent of $1 million per year for infrastructure development.

The bill for the establishment of those authorities, he said, would be laid before Parliament when the House reconvenes later this month.

President Akufo-Addo made this known when he met with a section of the Ghanaian community in Cote d’Ivoire last Saturday, as part of his two-day official visit to that country.

“This year’s budget contains the money for the $1 million per year per constituency policy; the financial provision has been made. However, because my government and I are accountable to the Ghanaian people, we want to be diligent in everything we do. I do not want a repetition of the scandals that rocked the Savannah Accelerated Development Authority (SADA) to befall my government and the three development authorities we want to establish.

“So, I will plead with you and the Ghanaian people, who are eagerly awaiting the commencement of this policy, to exercise a little patience as we seek to do the correct thing. It might even be the case that once the bill is laid before Parliament, some may even suggest improvements to the bill. But, at least, we have made provision in this year’s budget for this policy to begin,” the President said.

Touching on his broad vision for the country, he told the audience gathered at the packed theatre in Treichville, a suburb of Abidjan, that his vision was hinged on modernising Ghanaian agriculture to enhance its productivity; a clear industrial policy, and rationalising the financial sector so that it supported growth in agriculture, and growth in manufacturing and industry. 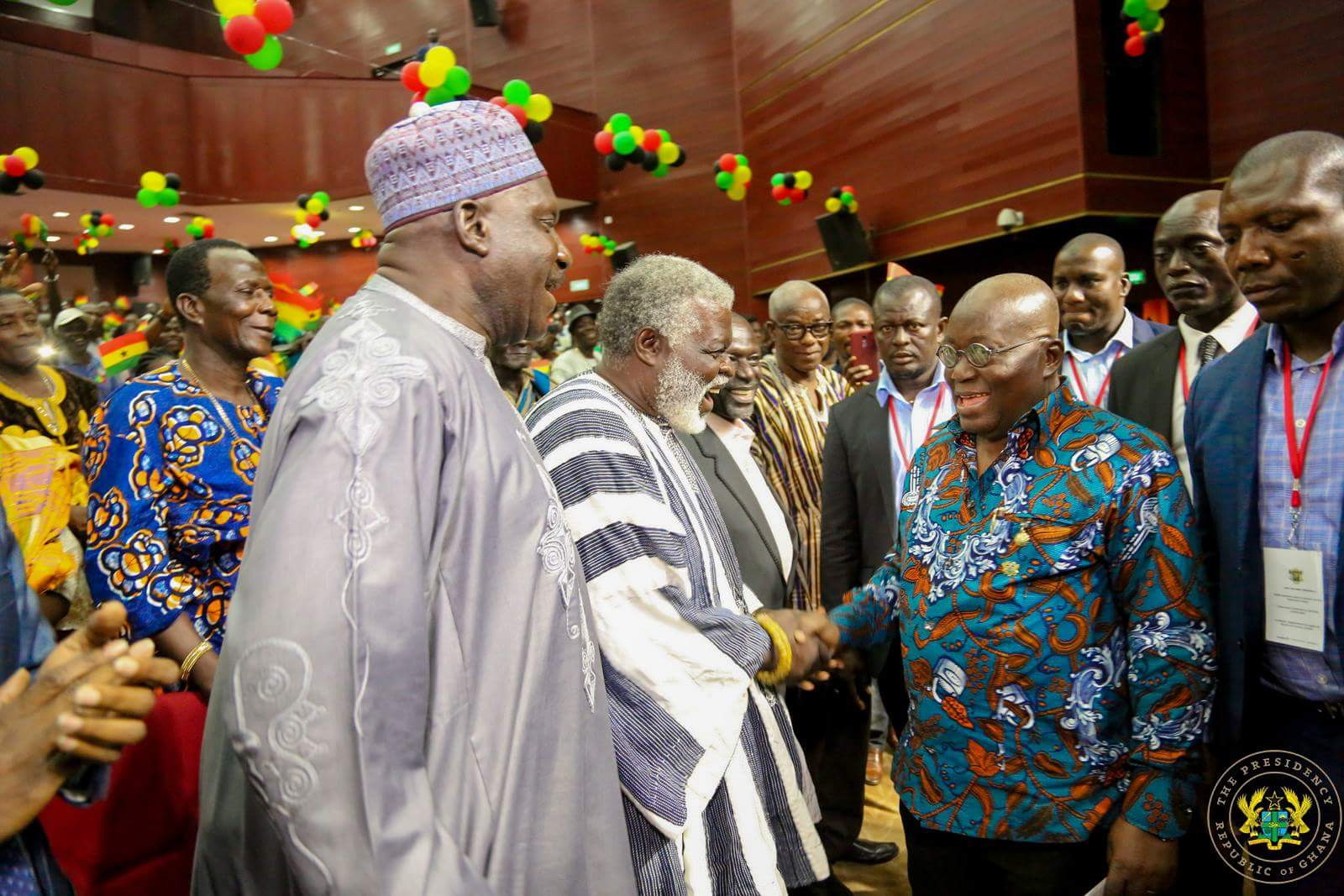 President Akufo-Addo said he launched  the “Planting for Food and Jobs” at Goaso in the Brong Ahafo Region as an answer to the twin-problem of the migration of youth to city centres in search of non-existent jobs, and the end to the disgraceful spectacle of Ghana importing foodstuffs from neighbouring countries.

With a looming shortage of agricultural extension officers in Ghana in the next two to three years, largely as a result of the then Mahama administration’s decision not to employ any of the 3,200 graduates from the country’s five colleges of agriculture between 2011 and 2015, President Akufo-Addo said the government had, in the last three months, employed 1,200 of those graduates.

“In 2018, we will employ 2,000 more extension officers, with the solemn pledge of employing more graduates from our colleges of agriculture in the subsequent years,” he added. 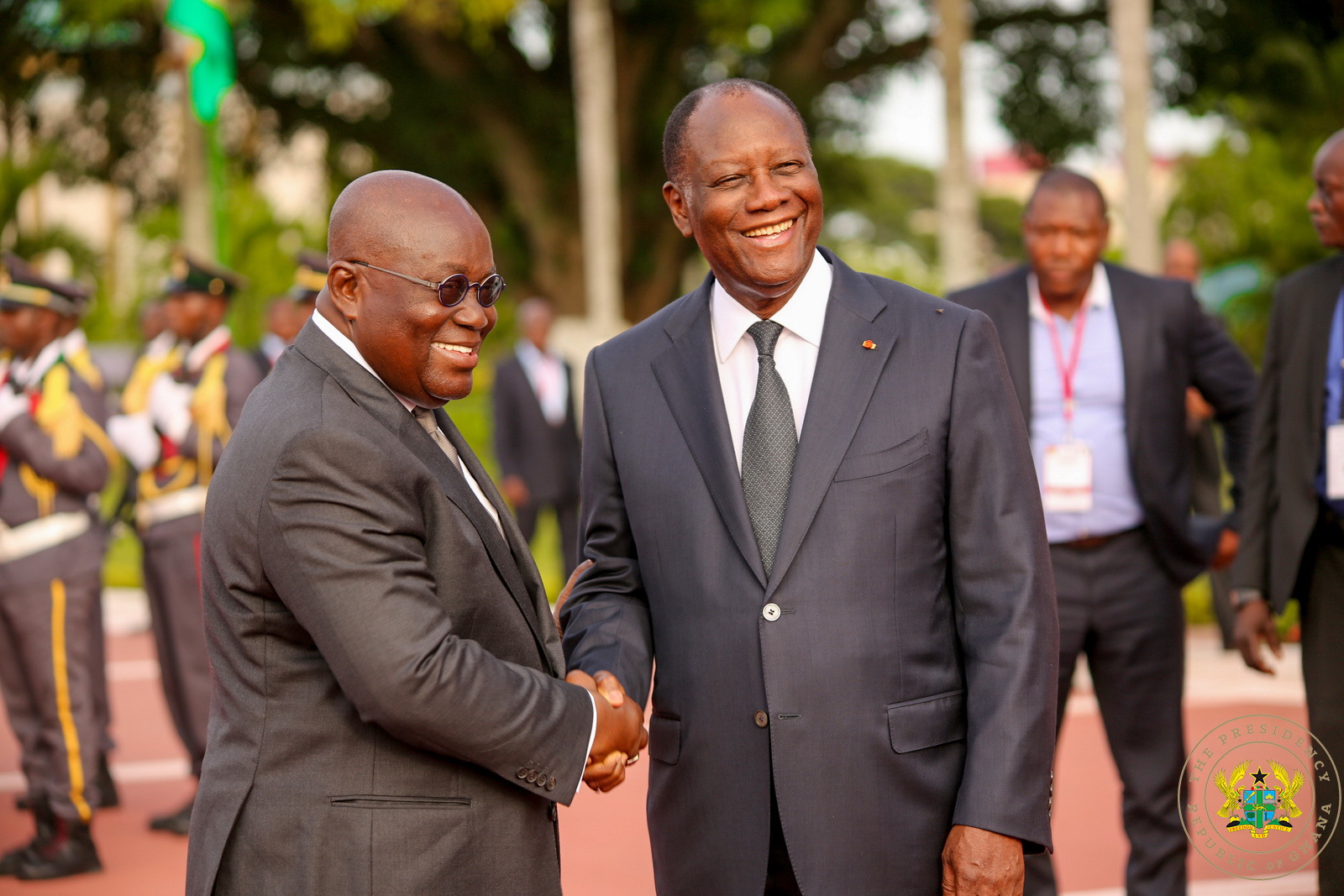 On the economic front, President Akufo-Addo said the government had introduced measures to stimulate the growth of the private sector.

He said among the measures were a monetary policy that would stabilise the currency and reduce significantly the cost of borrowing and tax cuts to bring relief to businesses.

The process of economic transformation, the President said, had to go along with ensuring that the most basic elements of social justice were met.

“To this end, we want to make quality basic education, i.e. education from kindergarten through to secondary school, accessible to all of Ghana’s children. Beginning with the intake from the 2017/2018 academic year, parents will no longer bear the cost of taking their children to secondary school. Free SHS is coming from September 2017,” he added,  to a rapturous response from the packed auditorium.

President Akufo-Addo also assured the Ghanaian community in Cote d’Ivoire of his government’s commitment to engaging with the Electoral Commission (EC) to ensure the full implementation of the Representation of the People’s Amendment Law (ROPAL) to enable them to exercise their franchise in local elections.

“There are many countries in West Africa and around the world that do allow their citizens overseas to vote. I cannot understand why, in Ghana, we do not allow that to happen,” he said.