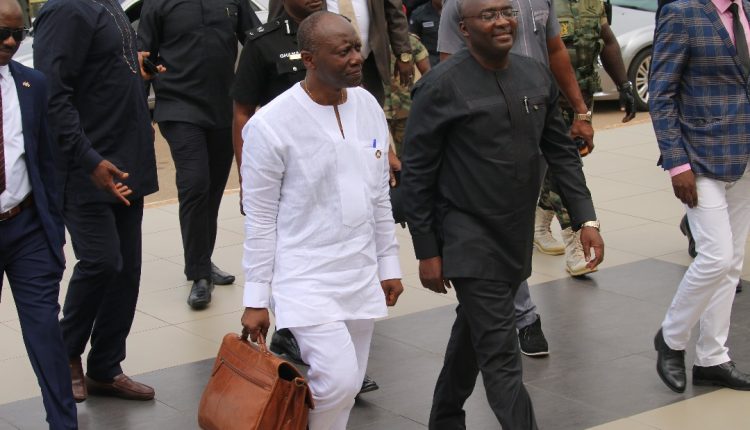 The Minister of Finance, Mr Ken Ofori Atta has announced that there will be no increase in Value Added Tax (VAT) as speculated.

"I will also like to advise our friends [Minority], that we should stop taking directions on economic policy from social media. Mr Speaker, VAT will be maintained at 12 and ," Mr Ofori Atta said whilst presenting the mid-year budget review in Parliament on Thursday.

There were suggestions ahead of the budget review that government was going to add three per cent to .

Following the speculation, the Minority in Parliament launched an attack on the Akufo-Addo led government and described it as an insensitive government

The Minority Spokesperson on Finance, Mr Cassiel Ato Forson at a press conference said the economy was heading towards a dangerous terrain.

"Mr Speaker, VAT will thus be maintained at 12 and a half per cent.

Related: All eyes on Finance Minister as he presents mid-year budget review today