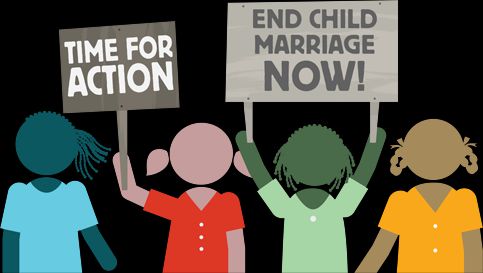 A 15-year-old girl who was compelled to marry to pay for the cost of her father’s funeral has been rescued by a non-governmental organisation (NGO) from early marriage.

Grace (not her real name) was rescued along with 83 other girls from child marriage by the Research and Counselling Foundation for African Migrants (RECFAM)-Pride Pad in Kpassa in her native Oti Region.

She had run from her supposed matrimonial home less than three months into the forced marriage to a man, who, it was said, could pass for her grandfather, to find refuge under the roof of her elder sister who had earlier been married off, too, at a tender age.

It was while she was at her sister’s home that the NGO intervened to relieve her of the marrital arrangement.

She is now a second year junior high school student.

The marriage arrangement had threatened to ruin her dream of becoming a nurse.

Grace told the Daily Graphic that the family of her then husband-to-be gave her two options to either marry the man so she could pay her father’s funeral debt or face the consequences of her refusal.

“I didn’t want to go, but no one supported me so I had to run away with just one dress without knowing where I was going,” she narrated.

She said most girls in the area were usually made to go into early marriage as soon as they started menstruating.

Grace’s situation is a common experience among young girls in the Nkwanta North District of the Oti Region.

Her sister under whose roof she sought refuge, now of marriage age, has children with the husband.

She said the intervention of the RECFAM-Pride Pad came in time to rescue her and other girls who faced similar situations.

The Director of RECFAM, Dr Alfred Nsodu Mbinglo, said the organisation was able to rescue a total of 84 girls from child marriage in Kpassa in the Nkwanta District with funding support from Canada Fund for Local Initiative through the Canadian High Commission in Ghana.

“We were able to rescue 84 girls, out of which 68 were sent to school and 16 sent to learn dressmaking. It (child marriage) looks like something normal there, but now they (the 84) are in the care of RECFAM,” he said.

The girls rescued by the organisation are said to be aged between 12 and 15.

Dr Mbinglo said the parents in the area consciously engaged in the practice to avoid having to deal with teenage pregnancies that came without responsible fathers or husbands.

He said special education was needed to dispel the stigma around menstruation, along with the provision of menstrual health education in schools and communities.