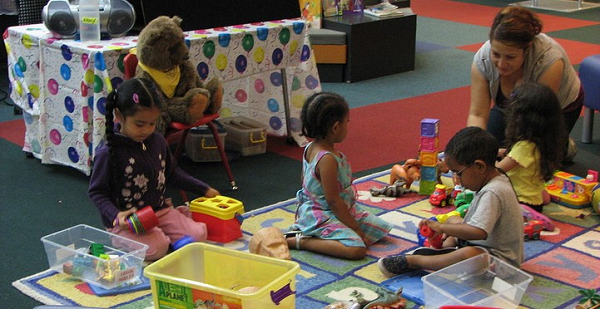 A new study by researchers at the Department of Economics of the University of Ghana has called for the establishment of child daycare centers at both formal and informal work places to provide childcare needs of working mothers so as to reduce the constraint of the responsibility of childcare on women.

The study, titled: “The Penalty of Unequal Distribution of Housework in the Ghanaian Labour Market,” notes that “Women are forced to exit the labour market for extended periods after childbirth due to the challenges of combining childcare responsibilities with paid work.”

The study, which was funded jointly by the Institute of Labour Economics (IZA) and the UK Government Department for International Development (DFID), and conducted by a team of economists at the university, explained that women are compelled to change their jobs to enable them combine paid work with domestic responsibilities more effectively.

Women in Ghana, on average, spend more than three times the average time men spend on domestic work and child care activities. The burden created from unequal housework may have implications on women’s socio-economic empowerment, particularly, on their labour market and reproductive health outcomes.

Using qualitative data, the study explored the effect of unequal distribution of housework on women’s labour market outcomes and examined the role that earning differentials among couples play in the fertility choices of such couples who are married or in a consensual union.

More importantly, the study moves away from the dominant quantitative analysis of factors determining women’s fertility outcomes and focuses on the lived experiences of couples to highlight how partnered women make decisions either jointly with their spouses or unilaterally to influence their fertility outcomes.

Similarly, the study also makes some profound revelations on the impact of women’s earnings on their decision-making power, particularly concerning fertility issues.

In addition, the study revealed, “Women who either earned more or less than their partners sometimes exercised their agency by enrolling on family planning programs without the knowledge of their partners.”

It further suggested that earning differentials may not be the only important factor that determines women’s fertility decisions and that “Women’s agency is also critical.”

“Norms and values that support women being submissive to their husbands and husbands being the head of the household determine the extent of women’s bargaining power and their fertility outcomes,” the report noted, adding that “In rural communities where these norms and values tend to be binding, most women defer the decision on the number of children to have, child-spacing and accessing family planning to their husbands.”

The study further called for the need for a holistic approach to improving women’s reproductive health outcomes, saying “Gender equality and women’s empowerment have the potential to give women a voice in decision-making.”

However, the study added, if cultural norms and values that define women’s position and role in intra-household decision-making are not addressed, the gains of these interventions will not be realised in women’s fertility outcomes, especially in rural communities.