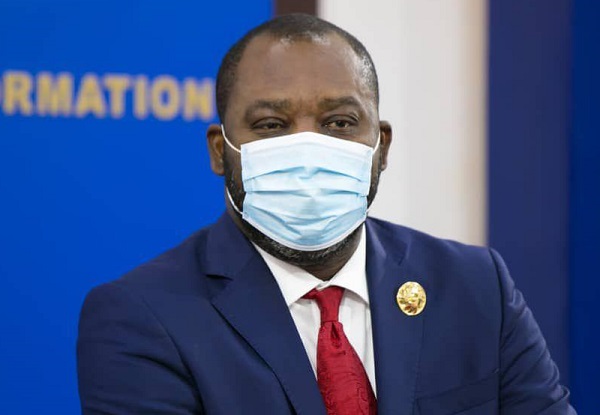 Senior high schools (SHSs) will reopen to final-year students on June 22 for them to undergo six weeks of academic work up to July 31, this year.

This is to enable them to prepare to write their final examination between August 3 and September 4, this year, the Minister of Education, Dr Matthew Opoku Prempeh, has announced.

The minister, who took his turn to further clarify the gradual easing of restrictions in the educational sector as announced by the President in his 10th address to the nation last Sunday night, said second-year Gold Track students would also be in school for six weeks, starting from June 22 to July 31, before proceeding on vacation, the minister said.

In the case of junior high schools (JHSs), final-year students were going to be in school for academic work for 11 weeks, from June 29 to September 11, this year, and write their Basic Education Certificate Examination (BECE) between September 14 and 18, this year.

Speaking at the Minister’s Briefing on the COVID-19 to throw more light on the phased easing of restrictions, the Education Minister said tertiary institutions would reopen to final-year students for academic work from June 15 to July 24 and the writing of their final examinations between July 27 and August 21.

Dr Prempeh said the government would provide three reusable nose masks for all final-year students and staff of schools which are expected to reopen this month.

He said the government would also ensure the fumigation of all schools that were to be reopened, both private and public, as part of laid down safety guidelines that were to be strictly adhered to.

The minister of education said safety precautions included the fumigation of all reopening facilities and the reduction in the number of students in a class to 25 for SHS and 30 for JHS.

He added that as part of measures to adhere to safety protocols, all day students of boarding schools would be migrated to become boarders for the six weeks they would be on the school compounds to prepare for their exit examination.

With regard to safety protocols, the minister said classes would contain at most 30 students at any given time.

He said classes would begin at nine in the morning and end at 1 p.m., without any break outside the classroom, except for one to attend to the call of nature.

He said tertiary institutions had been asked to adhere to the one-metre physical distancing rule.

“All classes are to be split, with not more than 25 students in a class,” he said.
He said SHS students would attend dining in batches, while mass gatherings and sporting activities had been banned in the schools.

That, he explained, was to prevent too many interactions within educational facilities, which could become a conduit for the further spread of the COVID-19.
It was also to ensure that contact tracing became easier, when necessary, he added.

Dr Prempeh announced that arrangements had been made to welcome back into the country final-year foreign students who left Ghana before the closure of the borders.

He said tertiary institutions had been asked to provide the travel details of such students to facilitate the process.

He added that all tertiary institutions not under the jurisdiction of the Ministry of Education could also open to their final-year students within the given period, but must adhere strictly to the safety protocols.

He said classrooms should be split to make room for physical distancing.

“All non-MoE educational institutions are also expected to reopen on Monday, June 15, 2020. Foreign students who are outside the country and are identified will be allowed to return, granted their countries will allow them exit,” he said.

As part of measures to stop the spread of COVID-19, the President Nana Addo Dankwa Akufo-Addo on March 15, this year announced in his second address to the nation the closure of all schools and universities until further notice taking effect from March 16, 2020.

“All universities, senior high schools and basic schools — public and private schools — will be closed Monday, March 16, 2020 till further notice. The Ministry of Education in collaboration with the Ministry of Communications has been tasked to roll out distance learning programmes”.

The President said all the measures announced would be subject to constant review and enhancement when necessary.