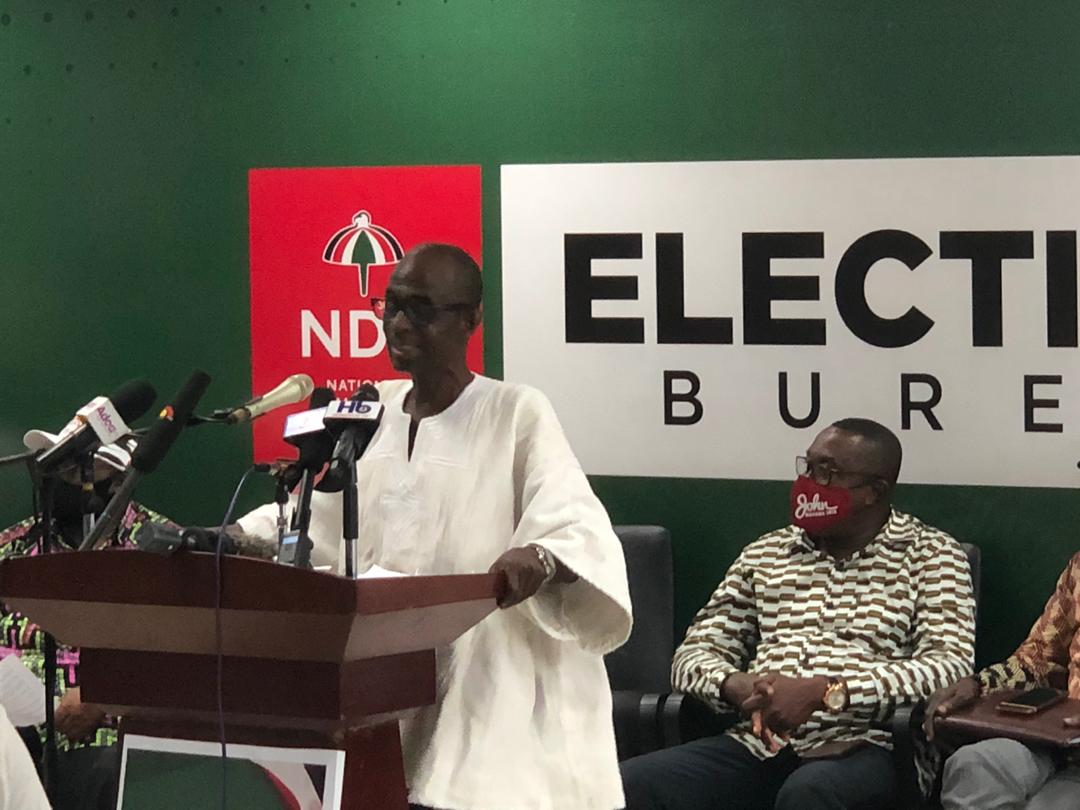 The National Democratic Congress (NDC) has reiterated why it still thinks the Electoral Commission (EC) cannot meet its 24-hour deadline to declare results of the presidential election.

The General Secretary of the NDC, Mr Johnson Asiedu Nketia at a press conference Tuesday, afternoon insisted that the NDC "has captured the majority" in Parliament and would therefore be in the position to select the next Speaker of Parliament and chairperson for the major committees in Parliament.

Watch the LIVE press conference below

“With this clear majority, it means the NDC will select the next Speaker and next first Deputy Speaker of Parliament.

"Collation so far shows that Former President Mahama is ahead and we are expecting that the EC will come out and declare him the next President elect ,” he said.