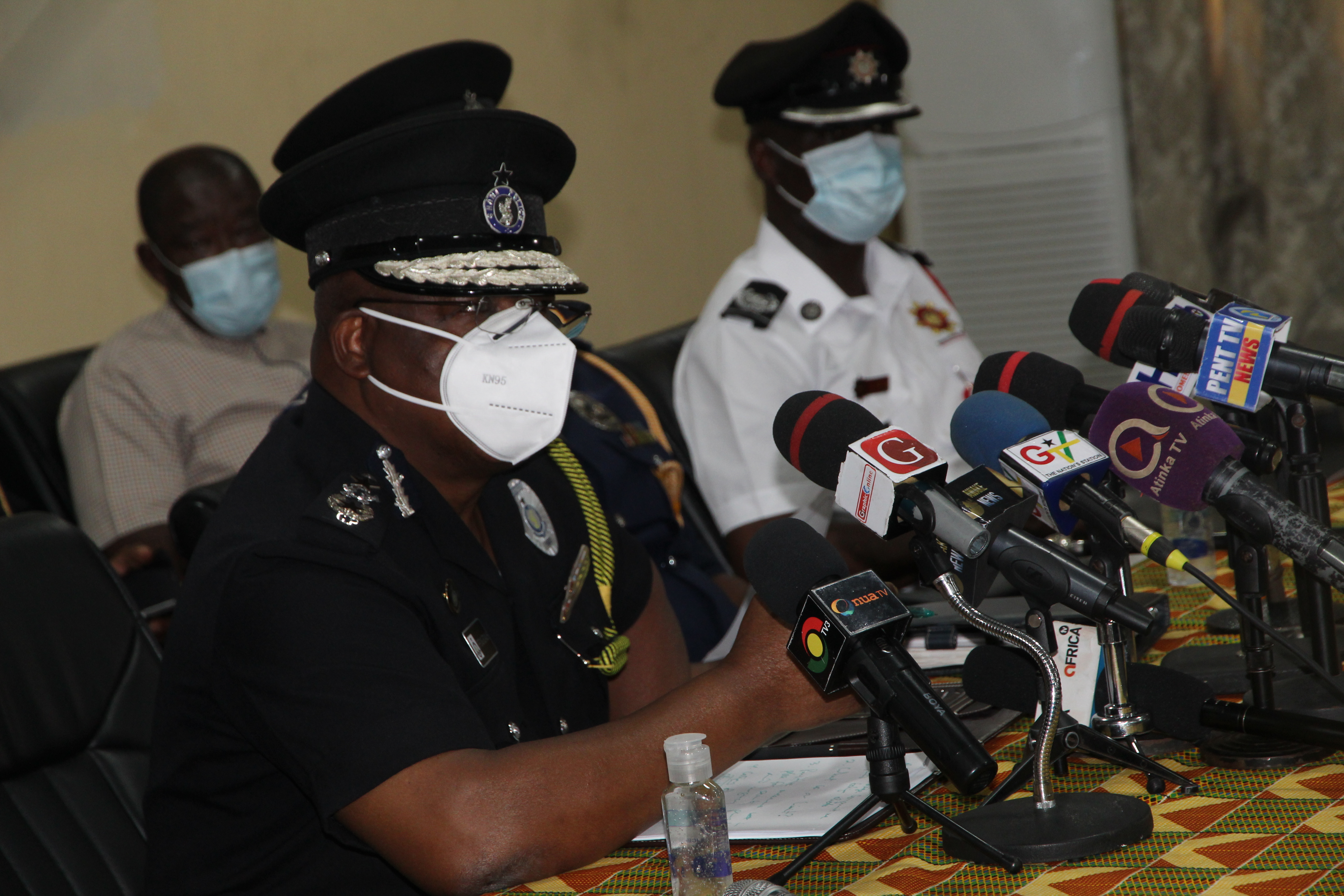 The Chairman of the National Election Security Taskforce, Mr James Oppong Boanuh, who is the current Inspector General of Police said at a press conference in Accra Wednesday, November 4, 2020 that we are approaching all polling stations as potential flash points.

“However, we have identified 6,178 flash points nationwide. The flash points were decided based on a number of factors such as incidents recorded in previous elections, this year’s voters registration exercise and high crime rates and other factors,” he said.

Consequently, he said the taskforce’s approach in those areas would be slightly different from other areas, and that rampant patrols and standby forces might be visible to prevent any mishap from happening.

Mr Oppong Boanuh said hotspots and strategies for handling them would be reviewed based on emerging issues.

Responding to a question on the use of motorbikes, he said, there were not allowed 100 metres to polling stations.

The National Elections Taskforce was inaugurated on December 7, 2020 to pave way for district and regional taskforces to also start work.

Following that, the IGP said “we have since increased our momentum for our planning , stayed focused and been executing activities geared
towards providing the needed security.