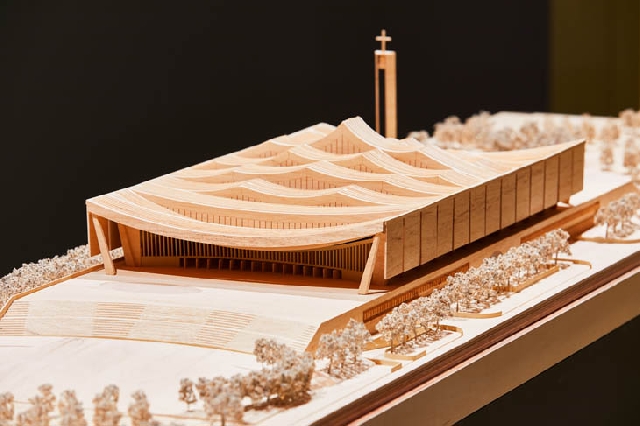 The Asantehene, Otumfuo Osei Tutu II, has lauded the government for its decision to construct a National Cathedral, saying the edifice will contribute significantly to Ghana’s spiritual growth and social cohesion.

“We are a religious nation, therefore, the monumental structure is expected to add up to the gains made… to promote solidarity, unity and harmony amongst the people,” he noted.

The traditional authorities, he said, would provide the needed support for the successful completion of the project as it sought to serve the interest of the nation.

The Asantehene said this, in a speech read on his behalf by the Asafohene, Asafo Boakye Agyemang Bonsu, at a fundraising in Kumasi, organised by the Board of Trustees, National Cathedral of Ghana, to solicit funds towards the construction of the facility.

The state-of-the-art project, proposed by the Nana Akufo-Addo-led administration in 2017, is being designed to provide a space for national events of a religious nature.

As a national monument, the Cathedral will house impressive chapels and baptistery, a 5000- seat main auditorium, expandable to 20,000 people for national events and celebrations.

It will include a grand central hall, a music school, and house Africa’s first-ever Bible Museum, Biblical Garden and documentation centre.

The National Cathedral project will also bequeath to the country a gracious national park for all Ghanaians, bring new skills, technology and jobs to the country, and will act as a beacon to national, regional and international tourists.

Otumfuo Osei Tutu explained that religion and culture possessed an orientating function, providing the society with the criteria to find its place and identity within the context of the global setting.

He urged the citizenry to uphold the tenets of religion, saying they should appreciate godliness, goodness and faithfulness at all times to engender sustainable growth and development.

Read also: Board of Trustees for National Cathedral to raise $250m for project

Apostle Professor Opoku Onyinah, Chairman of the Board of Trustees, National Cathedral of Ghana, pointed out that the Bible Museum with Biblical Gardens would not become only a tourist centre but a place of education that would throw more light on patrons’ understanding of the Bible.

“If it is well maintained and sustained, the cathedral, with the Bible Museum and Biblical Garden, has the potential of bringing the world to Ghana,” he said.

Dr. Paul Opoku-Mensah, Executive-Director of the National Cathedral Secretariat, said the project was expected to reach the advanced stage in 2024, urging Ghanaians and those living in the Diaspora to contribute meaningfully towards its successful completion.

The Reverend Victor Kusi Boateng, Member-Secretary of the Board of Trustees, National Cathedral of Ghana, who led the appeal for funds at the programme, said the complex was being developed to integrate a number of revenue sources to ensure financial viability.

They encompass a restaurant that seats 365 people, coffee and gift shops, meeting rooms, special events and festivals, private guided tours, banquet hall that can seat up to 300 people, among others.

The occasion saw individuals and faith-based-organisations donating substantial amounts of money, ranging from GH ¢1000 to GH ¢100,000.