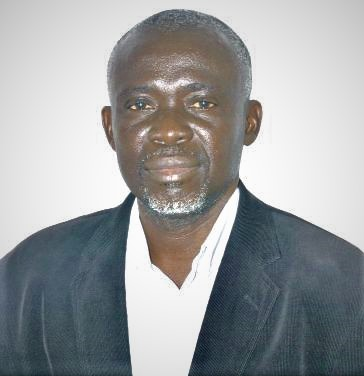 The Chairman of the National Council for Curriculum and Assessment (NaCCA), Prof. Kwame Osei Kwarteng, has said that the council will welcome a full scale official investigation into how textbooks considered offensive for use by pupils found their way into schools.

He said NaCCA had nothing to hide, but indicated that the whole development was an embarrassment to the educational system, and should, therefore, not be swept under the carpet.

Speaking to the Daily Graphic yesterday, Prof. Kwarteng, who is also the Dean of the Faculty of Arts of the University of Cape Coast (UCC), said although NaCCA had called for the withdrawal of the books, and the publishers had apologised for bending the rules to put the unapproved books on the market, thorough investigations were necessary “to unravel the mystery”.

The ‘History of Ghana’ and ‘Golden English’ textbooks have contents widely seen as offensive against the Ewe ethnic group, and carried disparaging remarks about Ghana’s first President, Dr Kwame Nkrumah.

No change of history

Prof. Kwarteng, who is a Professor of History, said the council had no deliberate plan to change the history of Ghana as being claimed in certain quarters.

He said the first draft of the history books were sent to him for review as part of the Textbook Approval Process to ensure that the contents met the requirements.

“I was under strict instructions from the then Minister of Education, Dr Matthew Opoku Prempeh, to do a thorough work to ensure that they books have no distortions and were not offensive  to our culture,” he stated.

“As a historian, I will not  acquiesce to any attempt to denigrate any tribe,” he stated.

Prof. Kwarteng said if those who wrote the contents in the controversial books had taken their historical methodology and philosophy  seriously “ we will not have reached where we are.”

“Any history that condemns  is a bad history or it’s propaganda,” he asserted.

Prof. Kwarteng pointed accusing fingers at the publishers for the “mess “ created.

“We did not expect them to go on that tangent. No approval was given to the publishers to go ahead to publish the books for use,” he added.

He expressed surprise about why a publisher that had submitted its work for assessment would not wait for the outcome but go ahead to put the work in public.

“For me, the publisher had perpetrated deceit on NaCCA and the country, and the state should investigate it to unravel the mystery,” he said.

He also would not rule out sabotage against NaCAA, or even an attempt to create a bad name for the government.

Prof. Kwarteng said NaCCA had approved over 200 publications in different disciplines for use by schools.

For now, the council is waiting for funds to advertise the books in the national dailies.