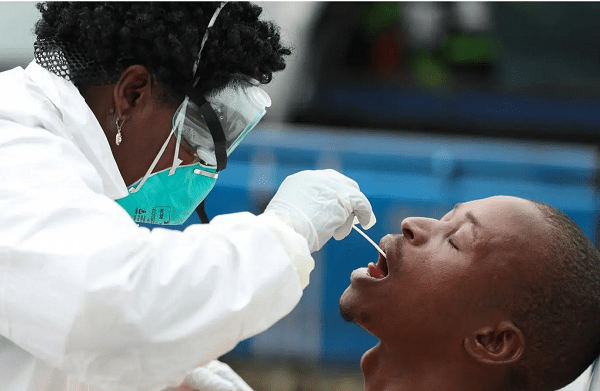 The Ashanti Region has recorded the youngest coronavirus disease (COVID-19) confirmed patient, as the figures in the region soared by 10 more to 163 in one week.

The youngest is a 10-year-old patient whose case has been confirmed, while the oldest patient is 83 years.

At the weekly media briefing, the Ashanti Regional Director of the Ghana Health Service (GHS), Dr Emmanuel Tenkorang, said of the number of confirmed cases, 44 per cent were aged between 10 and 29 years, an indication that the belief that the virus thrived more in older people than in the youth was a myth.

Giving a breakdown of the cases in the region, Dr Tenkorang said 17 of the 43 districts in the region had so far recorded cases of the disease, with Obuasi assuming the reputation as the epicentre of the COVID-19 in the region, having recorded 47 cases.

Of the 163 confirmed cases, 56 per cent are males, with the remaining 44 per cent being females.

“The youngest case we have had here is 10 years old and the oldest 83 years. Some 37 people have so far recovered and three are currently on admission. The number of contacts that we are actively following as of now is 54,” he indicated.

He said given the number of districts that had recorded confirmed cases, the GHS had to intensify tracing, testing and isolation to be able to contain the disease.

As a first measure, he said, there would be mass screening of people considered as the high-risk group — people who come into contact with many people in a day, including traders and drivers — to be able to do a lot more testing for possible isolation of those who would test positive.

He said the service was also to scale-up its routine surveillance to be able to track and deal with all persons who might be carriers of the disease but might not know it.

So far, 817 contact tracings had been done, with 763 discharged, he noted.

Dr Tenkorang said having test results in good time remained a challenge in the fight against the COVID-19 pandemic.

To resolve that, he said, arrangements had been made to increase the testing centres to four to complement the efforts of the Kumasi Centre for Collaborative Research (KCCR), while one more treatment centre was to be added to the existing two.

“So far, the KCCR has tested 41,986 samples. It is our plan to decentralise the labs. Apart from the KCCR, we are also working to set up at least two labs, in addition to the KCCR lab.

“One will be based in our public health reference lab in Kumasi South. We are also talking to the Komfo Anokye Teaching Hospital whether we can use their labs. There are other facilities that we can put in shape, so that the testing goes faster.

“So far, that has been our major bottleneck as far as our COVID-19 fight is concerned,” he said.

Dr Tenkorang commended the media for displaying a high level of professionalism in the fight against the pandemic.

He said as co-frontline workers, the media needed to be given special mention, just as the frontline medical staff, because "you equally risk your lives to get the news to the people".