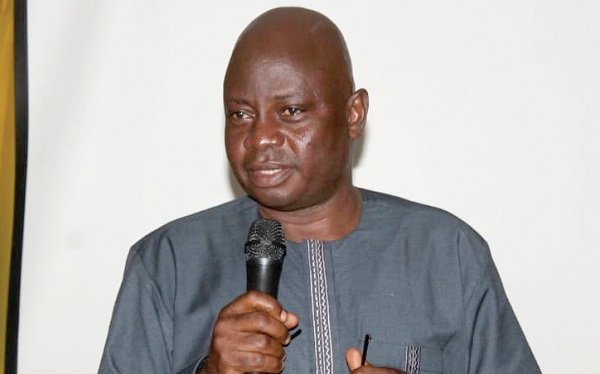 The Upper East Regional Minister, Stephen Yakubu, has urged development partners operating in the region to establish a strong and vibrant consortium that will propel the collective desire towards improving the living conditions of the people in a sustainable manner.

According to him, such a move would enable them to effectively and efficiently collaborate with Municipal and District Assemblies (MMDAs) to address the developmental needs across the region for the benefit of the people.

He stressed “there is the need for stronger partnership with our development partners towards filling all developmental gaps, in a bid to augment the efforts of the government towards improving the lives of ordinary Ghanaians”.

Mr Yakubu was addressing a maiden meeting with development partners operating in the region in Bolgatanga last Monday when he made the proposal.

As part of the meeting, representatives of the development partners took turns to highlight their activities and operations aimed at contributing their quota towards the progress of the region.

The objective of the meeting, sponsored by UNICEF, was to afford the participants an opportunity to network, interact and discuss critical issues pertaining to the development of the region.

Mr Yakubu stated, “we should create an enabling environment to reverse the trend of migration to the south when there is abundance of natural resources such as arable land, water resources, mineral resources including gold deposits”.

He lamented that national policies had not favoured the north due to the fact that generic policies were made without recourse to cultural, geographical and environmental differences in northern Ghana.

The minister stated that there were efforts to develop a regional strategy at the meeting and expressed optimism that it could be done only through strong collaboration between the development partners.

He said the 15 MDAs had prepared their medium-term development plans spanning 2022-2025 and annual action plans to address peculiar concerns.

Mr Yakubu called on the partners to gather accurate data before rolling out programmes in MDAs in the region, stressing that “lack of accurate data has the tendency to affect the implementation of programmes, especially at the proposal stage”.

He further entreated them to report to the Regional Coordinating Council (RCC), officers in the various MDAs who became obstacles by frustrating their work to bring development to the people.

The Head of the UNICEF Field Office, Tamale, Bhanu Pathak, welcomed the collaboration between the development partners, the RCC and MDAs over the years towards the growth of the region.

He stated that UNICEF was augmenting government efforts through the implementation of many programmes in the areas of nutrition, child protection, health and water, sanitation and hygiene in the region.

For his part, the Dean of the MDCEs in the region, Daniel Kwame Gariba, lauded the RCC and UNICEF for creating a platform for key stakeholders to deliberate on how to fast track the development of the region.