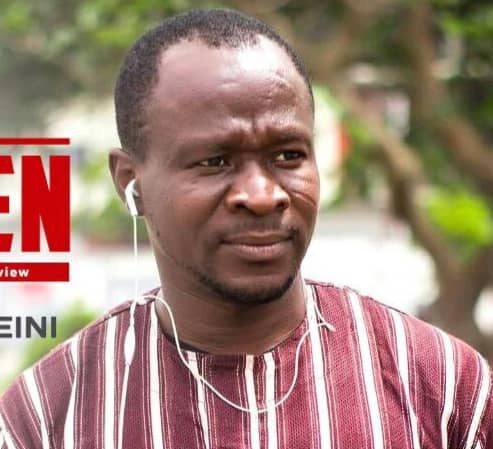 A security coordinator of the Metro Mass Transit Company Limited has been sentenced to 10years in prison for extortion and unlawful entry.

An Accra Circuit Court convicted Lawal Fuseina and sentenced him after he was found guilty for charges of unlawful entry and extortion.

The convict is said to have planted a secret camera in the office of the Managing Director of the MMT, Bennet Aboagye and used the recording to demand US$1million.

He, however, succeeded in obtaining GH¢40,000 from Mr Aboagye.

The court presided over by Adelaide Abui Keddy said the sentence should serve as a deterrent to others.

One other person mentioned as Bawa, who is said to have conspired with the convict is being pursued by the police.

Prosecuting, a Deputy Superintendent of Police (DSP), E. Nyamekye told the court that on March 15, 2018, Lawal requested a meeting with the complainant, Mr Aboagye, and his personal assistant citing a security breach in the company as the agenda.

He told the court that, the complainant could not make it to the meeting and asked his personal assistant to meet Lawal.

The prosecutor said, during the meeting, Lawal informed the complainant’s personal assistant that he had received a phone call from Bawa and his group who requested to meet him.

He explained that, Lawal allegedly went to meet Bawa and his supposed group who revealed that, they had a damaging audio recording of the complainant’s conversation implicating him in several corrupt deals and as such was demanding US$1million from the complainant to destroy the audio recordings.

According to the prosecutor, Bawa threatened to give the audio recording to the print and the electronic media for publication if the complainant failed to meet their demand.

The prosecutor told the court that, later, when the complainant and his personal assistant made it to a meeting at the behest of Lawal, he handed over to him a transcript of the said audio recordings and reiterated his demand on behalf of Bawa.

The prosecutor said, the complainant realised that, it was an obvious ploy by Lawal to blackmail and extort money from him and decided to play along.

He said Mr Aboagye involved a witness he considered as an expert in security issues in the case.

The witness invited Mr Aboagye and Lawal to his office and negotiated the amount of US$1million demanded by Lawal to GH¢20,000 in exchange for the said damaging audio recording.

He said, Lawal refused the offer but later settled on GH¢40,000.

DSP Nyamekye said the complainant became alarmed when on the morning of March 17, 2018; his wife found a scanned copy of a criminal check report he had obtained at the CID headquarters and kept at his office on their compound.

He said, on the scanned copy of the report was a typed threatening message which read:

“Mr Bennet, you think you are smart, before Monday, March 19, 2018, let’s hear your new offer and not that GH¢40,000 you told the security guy at the state house or else don’t even dare go to the China. Because you know Chinese government don’t take lightly with issues of corruption. Just like we overwhelmed your security coordinator, you will soon get cardiac arrest from the mental trauma you will get. We will offer the Chinese government for free what we have.”

He said, Mr Aboagye’s suspicion of Lawal’s involvement in the blackmail was confirmed since the criminal check report was in his office and the only person who could have had access to it was an employee of the company.

He added that, the complainant therefore reported the case to the police.

According to him, prior to the arrest of Lawal, the complainant and the witness had met him to pay GH¢40,000 in two separate instalments of GH¢20, 000 on different dates and locations as earlier agreed.

“Witness captured Lawal on camera when receiving the money in the first instance,” he told the court.

The prosecutor said, on March 26, 2018, Lawal was arrested at MMT premises and copies of the alleged audio recording of the complainant conversation on his official laptop retrieved.

“Lawal in his caution statement admitted being the brain behind the recordings. He demanded the money and received the GH¢40,000 from the complainant to stop the leakage of the recordings to the media with the aide of Bawa after an earlier denial,” the prosecutor told the court.

According the prosecutor, Lawal insisted that, he took that decision to secretly record the complainant’s conversations in order to procure evidence of corruption deals by the complainant and his personal assistant to be given to the Special Prosecutor.

He said Lawal however failed to account for the GH¢40,000 he extorted from the complainant and also lead Police to Bawa.

The prosecutor said efforts are still underway to arrest Bawa.