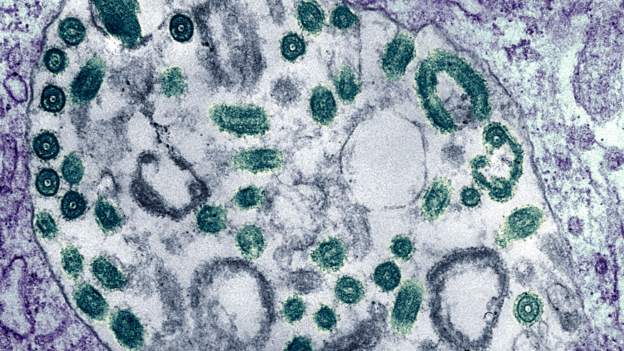 The Ghana Health Service (GHS) has announced that three confirmed cases of the Marburg Virus Disease have been recorded in the country with two persons dying from the illness.

All three cases are related; a father, mother and son.

The GHS release comes a day after the Director-General of the World Health Organization (WHO), Tedros Adhanom Ghebreyesus in a tweet said Ghana had recorded four cases and three deaths.

Two more people with #Marburg identified in #Ghana, family of the first case. One has unfortunately died. Outbreak total now 4 cases and 3 deaths. Extensive field investigation underway, @WHO is on the ground supporting health authorities. More on Marburg: https://t.co/qezGYUqeIP

However, the GHS said repeat test results received from Noguchi Memorial Institute for Medical Research (NMIMR) on one of the suspected cases had confirmed that it was a false positive.

"The second case, a 51-year-old male with a known chronic disease and not linked to the first case was, however, awaiting re-testing. Repeat test results received from NMIMR on 28 July 2022 were negative for MVD, bringing the total number of confirmed cases to three (3)".

Similarly, the son, a one-year two-month-old got ill and was admitted on July 17, 2022. He died on the third day of admission.

The mother, a 24-year-old female is alive and well and has since Tuesday, July 26, 2022, been in a government-designated isolation centre, and is being managed with full implementation of strict infection prevention and control measures.

The GHS said initially 118 contacts were identified and followed up including the two who later tested positive (Case 2 and Case 3).

The statement added that the remaining 116 contacts have completed the mandatory 21-day follow-up and are all well.

"Sixteen (16) contacts, including healthcare workers, have been randomly tested and are all negative. A new set of 81 contacts for Case 2 and Case 3 are currently under follow up. Efforts are ongoing to identify additional contacts if any," the statement said.

"It is noteworthy that Ghana, in collaboration with Partners, has demonstrated capacity to respond to public health emergencies. Our resilient health system has been responsible for the early detection of and prompt response to outbreaks including the current MVD. A number of healthcare workers were recently trained on the management of viral haemorrhagic fevers across the country even before the first MVD was detected".