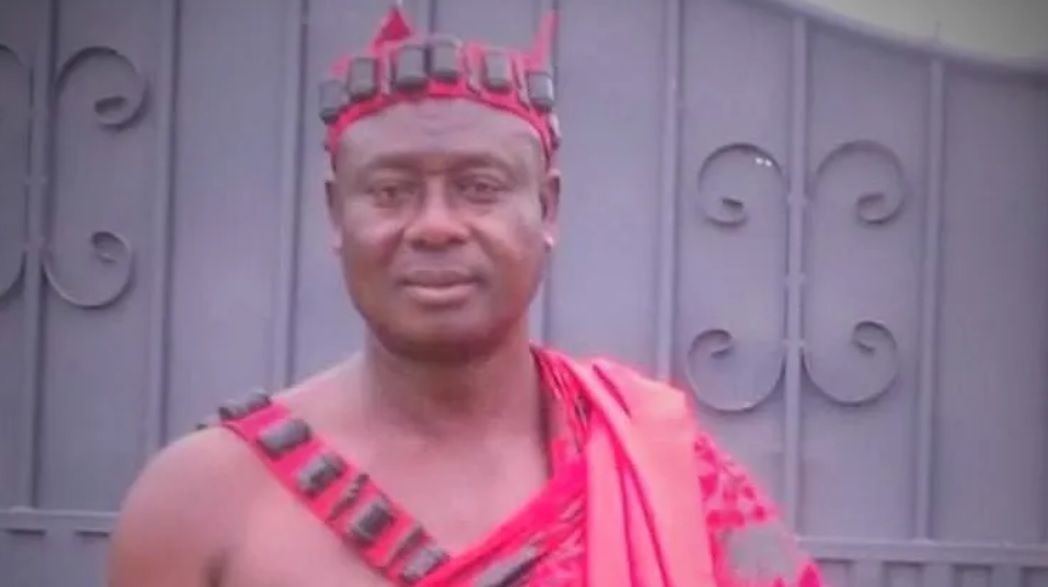 The police have debunked reports that Christopher Ekow Clarke Quansah, the Tufuhen of Akwakrom, near Mankessim, who has been accused of being involved in the murder of a prospective student-nurse at Mankessim, has died.

“The report circulating in the media that the chief arrested in connection with the murder of a prospective student-nurse at Mankessim has died is false,” the police said in a statement issued on Saturday.

According to the police, chief and his accomplice, the self-styled pastor who were remanded into police custody by the court to reappear on October 4, 2022, were alive and in custody.

The Police, therefore, urged the public to treat the report with the contempt it deserved.

The two accused persons were on Thursday remanded by the Cape Coast District Court 2 over the murder of Georgina Asor Botchwey, a 25-year-old who was seeking admission into the Ankaful Nursing School.

The incident happened at Mankessim in the Central Region.


Christopher Ekow Clarke Quansah, 65 and Michael Darko, 48, a self-styled pastor, have been charged with conspiracy to commit the crime, to wit murder and murder.

Upon police interrogation, Darko allegedly admitted to the crime and said they wanted to use the deceased for money rituals.

The pleas of the accused persons were not taken when they appeared before the court presided over by Mrs Bernice Mensimah Ackon, and are to reappear on Tuesday, October 4, 2022.

Prosecuting, DSP Daniel Gadzo said the complainant, Mr Duodu, a military officer stationed at Takoradi, was a brother of the deceased.

He said Darko, who resided in Kumasi, was the boyfriend of the deceased's sister, while Quansah was a resident of Sikafoambantem at Mankessim.

On Thursday, September 8, Georgina, who had come from Yeji in the Bono East Region for an interview at the Ankaful Psychiatric Nursing Training School in Cape Coast, as a student applicant, called Darko to inform him of her presence in the town.

He said Darko promised to pick her up after the interview on Friday, September 9, 2022.

As promised, the two accused persons went to pick Georgina up from Ankaful in a taxicab to Pedu in Cape Coast, where Quansah had parked his Benz, with registration number GT 8686 C and drove her to Akwakrom, near Mankessim.

Quansah and Darko then took Georgina's iPhone, locked her in a room and left for Sikafoambantem, a suburb of Mankessim, where they dug a hole in an uncompleted storey building.

They later took the lady to the uncompleted building and Quansah hit her neck with a club from behind while Darko held her neck till she died.

They then shaved her hair and buried her.

The the Central Regional Police Command reportedly picked intelligence, which led to the arrest of Darko at Anomabo but Quansah managed to escape.

On Wednesday, September 21, Quansah was also picked up from his hideout upon a tip-off.