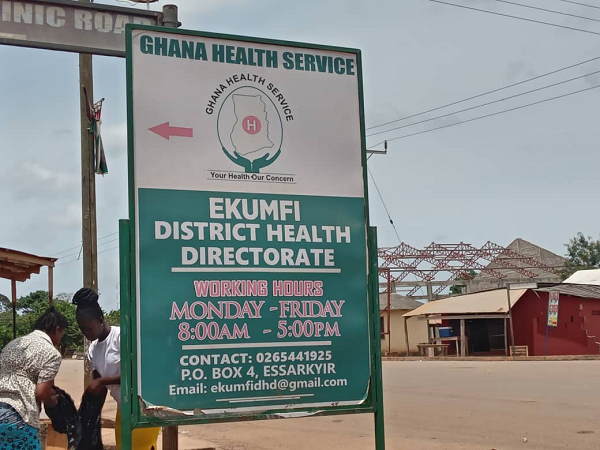 A total of 36 children have completed their malaria vaccination exercise at Essuehyia Health Centre, the only major health facility in the Ekumfi District of the Central region.

The Ekumfi District is one of the poorly resourced districts in the Central region and in the country as a whole, with malaria infections being part of the commonest diseases reported at the health facility.

In 2020, for instance, the facility recorded a total of 998 suspected malaria cases among children under five years out of which 585 turned positive.

Similarly, the health centre in the first quarter of this year has recorded a total 213 suspected malaria cases out of which 118 have turned positive.

Malaria is fable disease that kills quickly if not treated on time. The disease is particularly dire in children under five years.

The World Health Organisation (WHO) estimates that in Ghana, about 20 percent of all children have malaria parasites in their blood.

As part of the global efforts in fighting malaria infections and related deaths, particularly among children under five years, the WHO and its partners introduced the world’s first malaria vaccine known as RTS,S, targeting children from six months up to 2 years of age.

The vaccine, RTS,S, is a complementary malaria control tool which is to be added to existing preventive protocols such as sleeping under insecticide-treated bed nets.

Since the introduction of the vaccine in 2019, more than 650,000 children in Ghana, Kenya and Malawi have received at least one dose of the malaria vaccine.

Ghana, Kenya and Malawi are the three countries in Africa piloting the implementation of the vaccine.

At the Essuehyia Health Centre, a Physician Assistant, Stephen Oteng, said malaria tops the condition often reported at the centre.

He, however, expressed the concern that patients only come to the hospital when their conditions were worse.

For him, many did not report their conditions on time for treatment due to lack of money.

Mr Oteng was of the view that because many of the residents in the area are financially unstable, they tend to treat themselves with herbal medications for malaria and after they are unable to treat themselves, they then visit the health centre for orthodox treatment.

For him, the patients preferred to be retained at the health centre in spite of their critical conditions than to be referred to much bigger health facilities due to their financial challenges.

Mr Oteng has, therefore, appealed to the Ekumfi District Assembly to get a National Health Insurance Office (NHIA) so that residents in the district can go there to get themselves registered on the scheme.

He believes that when they people had access to NHIA cards, it would enable them to seek early healthcare than to self-medicate or report late to the health centre.

He also appealed to parents and caregivers to bring their babies who are due for the malaria vaccination, stressing that the vaccine would help to protect the children against any malaria infections.