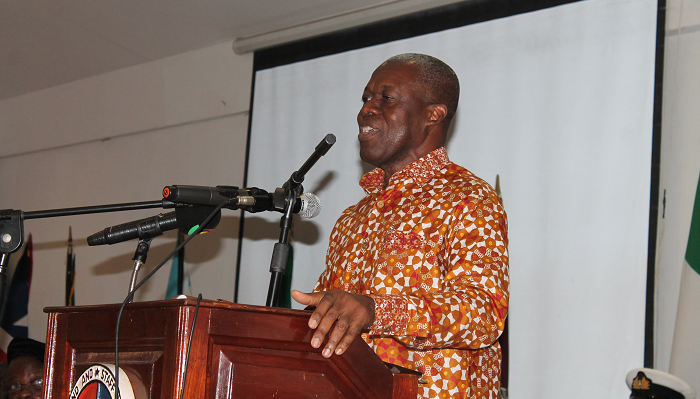 He said the complexities in the global security arena required a calibre of security personnel who were vested with knowledge and capacity to protect the country.

“In the midst of the global terrorism threats, the military and security agencies should look beyond the borders of national security and begin to acquire knowledge about what happens in other parts of the world. They need to have a broader outlook in order to appreciate security issues on and off the battlefield,” he said.

Mr Amissah-Arthur was addressing the graduation of 79 military and other officers who pursued courses at the senior division and graduate level at the GAFCSC in Accra yesterday.

Present at the ceremony were the Minister of Defence, Mr Benjamin Kunbour, senior officials of the Ghana Armed Forces, diplomats and a section of the public.

The graduates, drawn from Ghana and 12 other African countries, pursued Passed Staff Course (PSC) and Master of Science (MSc) in Defence and International Politics.

Mr Amissah-Arthur said the GAFCSC had produced many security experts for the continent and called for its standard to be raised through the inclusion of innovative modules.

He called on the college to also expand its infrastructure to be able to enrol more students.

“Two years ago, I was told about the accommodation challenge of the GAFCSC. I am told that the Ghana Education Trust Fund (GETFund) is financing a 53-room accommodation facility.

The government will ensure that funds are made available for the speedy completion of the facility by next year,” he promised. 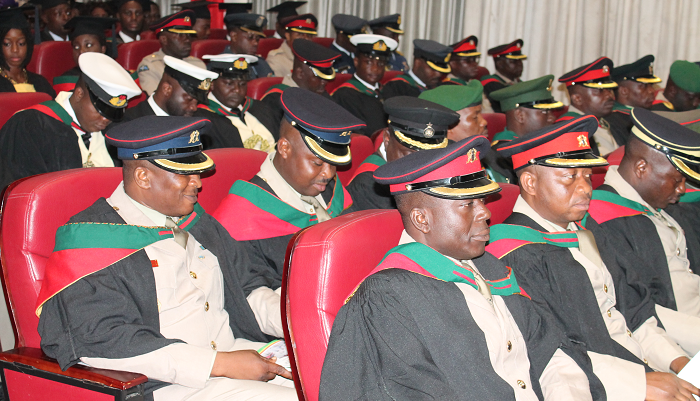 The Vice-President urged the graduates, especially those who were pioneers of the MSc programme, to put the knowledge they had acquired into practice to improve their operations.

He urged them to be guided by the principles of loyalty and integrity in line of duty, stressing that those were important values that would make them excel as security experts.

“The onus lies on you, especially those who have won awards here, to justify your worth. For those who have graduated with the MSc certificate, you need to be aware that you are the pioneers and that puts a lot of responsibilities on your shoulders because you have no one to learn from. You have to blaze the trail,” he urged.

In his address, the Commandant of the GAFCSC, Rear Admiral Seth Amoama, said the college had incorporated professional military training and inter-agency and department training in the course content to help nurture the right calibre of human resource in the security arena.

He said the quality of the programmes had endeared the GAFCSC to other African countries such as Togo, Nigeria, Burkina Faso, a reason that had accounted for the demand for increased allocation of the number of students by those countries.

The Rector of the Ghana Institute of Management and Public Administration (GIMPA), Prof. Franklin Acheampong Manu, who also addressed the ceremony, promised that GIMPA would continue to play a pivotal role to ensure that the courses offered at the GAFCSC met the required standards.

He called on security personnel and other institutions to take advantage of the courses at GAFCSC to build their capacity in order to be on top of issues.

An auditorium of the college was named after a former Commandant of the GAFCSC, Lt. Gen. Joshua Hamidu (retd), for the pioneering role he played in the establishment of the college.

Lt Gen. Hamidu thanked the management of the college for the honour done him and encouraged all security officers to prioritise the national interest.

Awards were presented to those who excelled in various courses with Major P.A. Hoffman of the Ghana Armed Forces emerging the overall best graduate.