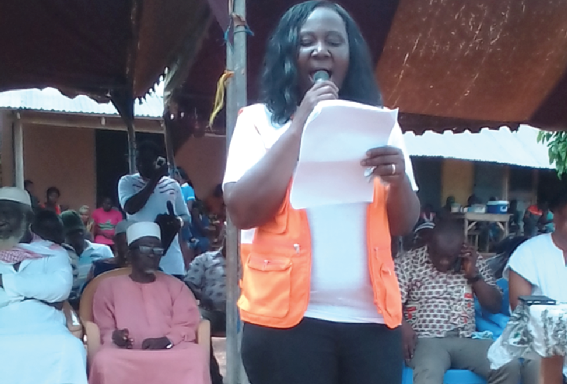 Nkwanta Cluster Manager of World Vision Ghana, Mrs Salomey Yeboah, has appealed to parents to register their children for birth certificates since it is their rights and its denial a criminal act.

She said the issuance of birth certificates was consistent with the Convention on the Rights of the Child that stated that every child should be registered immediately after birth.

She said birth certificate was a basic legal document that gave identity to a child and automatically bestowed a number of rights such as the right to health care, nationality, schooling, passport, property ownership, voting, formal employment, among others.

Mrs Yeboah, who stated this at the observation of this year’s National Birth Registration Day at Yadzo in the Kadjebi District of the Volta Region, said globally, more than 50 million children had no birth certificates, hence the act could not be allowed to continue.

She said the Nkwanta Cluster Office of World Vision Ghana would help register its unregistered children in all the 17 operational areas in the Kadjebi District for birth certificates.

The Kadjebi District Chief Executive in a speech read on his behalf by the District Coordinating Director, Mr Jimah Yakubu, said birth registration was vital for national planning because the country used births and deaths records to compile accurate, complete and timely crucial statistics which along with population census were central to estimating population size, especially for small areas.