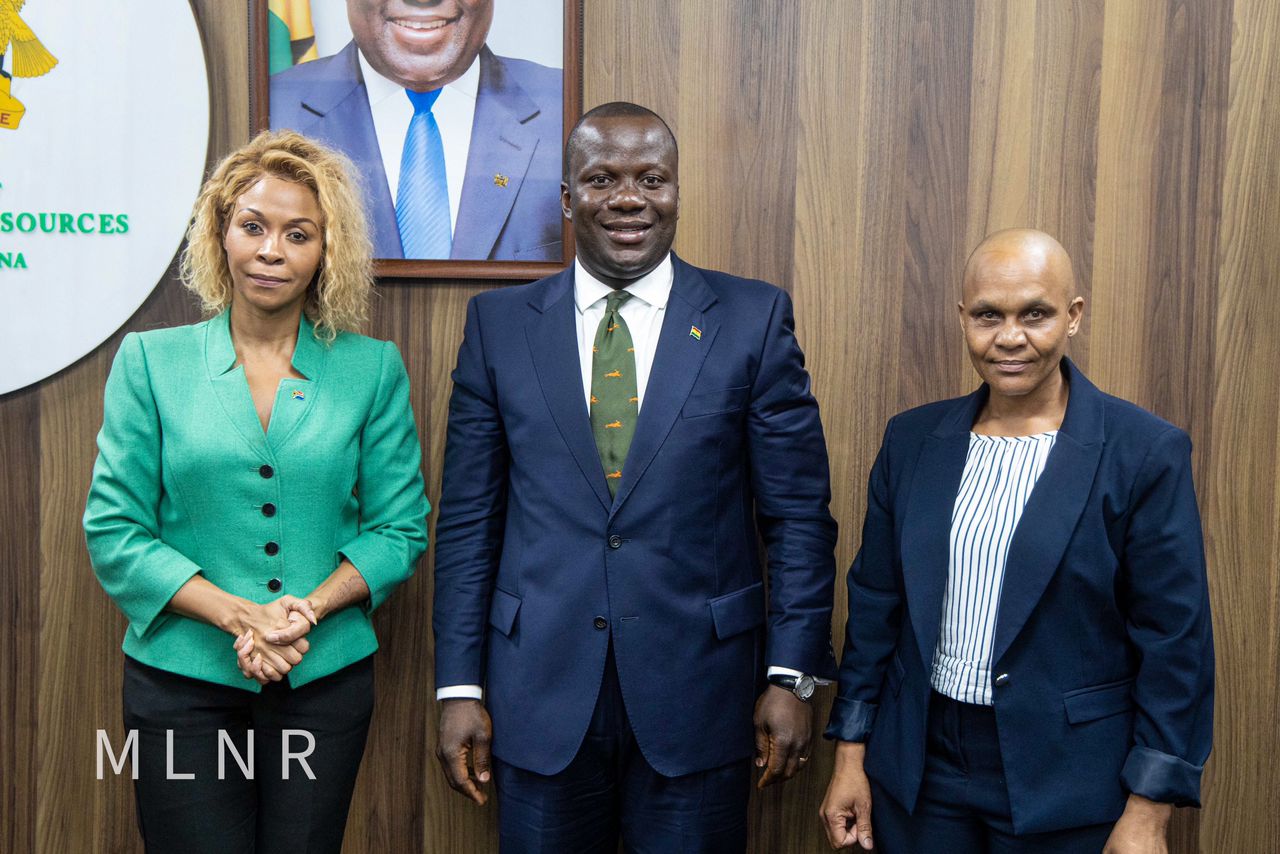 The Minister of Lands and Natural Resources, Samuel Abu Jinapor, has stressed the need for Ghana and South Africa to collaborate and strengthen the bargaining position on gold pricing.

That, he said, would enable the two countries to get competitive pricing for gold on the international market for their benefit.

Mr Jinapor said this when a high-level delegation from South Africa called on him to, among other things, exchange ideas and best practices on the mining sector, particularly small-scale mining operations.

He underscored the importance of Ghana-South Africa relations and called for the urgent need for the two countries to leverage on that for their mutual benefit.

Using cocoa pricing as an example, the minister stated, "Ghana and Cote d'Ivoire are responsible for 60 per cent of cocoa output and the two countries have worked closely to secure the floor price of cocoa.

“Therefore, today, there is a minimum price level regardless of what happens at the international stage where cocoa cannot be sold below a certain price," he said.

He further indicated that Ghana and Cote d'Ivoire were taking a step further and working jointly to get the international community to take out the issue of premiums.

Mr Jinapor was of the view that the move by Ghana and Cote d'Ivoire in the cocoa industry could be replicated by Ghana and South Africa in the gold sector.

The minister said the government was doing all it could to deal with illegal mining activities known as galamsey.

He charged his technical team to consider the governance structure of the South African mining system that had a broad sectoral nature in order to benefit from their experience.

The leader of the South African delegation, Major General Zulu, applauded Ghana for allowing its country's top principals to engage them while on their knowledge-sharing tour in the country.

She added that the President of South Africa tasked them to use Ghana as a benchmark to yield broader results.

She further stressed that Ghana's small-scale mining sector was focused on improving the lives of the community, as well as the economic sector.