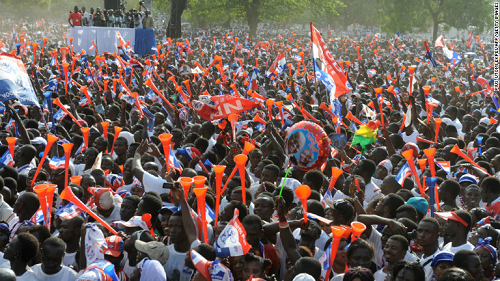 Three leading members of the New Patriotic Party (NPP) in the Eastern Region have called on all stakeholders in the party to bury their differences and work assiduously for the party to chalk a landslide victory in the 2024 general election.

They, therefore, urged electoral area coordinators, station and constituency executives, patrons and council of elders to intensify their political campaigns in order to break the eight-year jinx which both the governing NPP and the opposition National Democratic Congress (NDC) had not been able to achieve since 1992.

He advised members of the party to bring on board all members, who were apathetic to the electioneering process in 2020, to campaign vigorously towards the party’s victory on December 7, 2024.

Mr Osei Poku urged NPP members to refrain from the use of abusive and provocative language during their political campaigns.

For his part, Mr Aboagye admonished NPP members to highlight the numerous achievements of NPP in all nooks and crannies of the country to convince the people to vote massively for the party in the upcoming general election.

He said the sod had been cut for the construction of the district hospital at Canaan as part of the government’s agenda 111 project.

Mr Marfo advised NPP members to adopt innovative ways to convince more Ghanaians to vote for the party in the 2024 general election.

The constituency chairman, Mr Frank Anim Bediako, commended party members in the constituency for their hard work in winning the presidential and parliamentary elections in 2020 and urged them to work relentlessly to achieve the double feat in the 2024 polls.

He advised party members to endorse any of the four candidates who contested the position of district chief executive when the President made the nomination in no time.