Lecturer in court for allegedly slashing son with cutlass 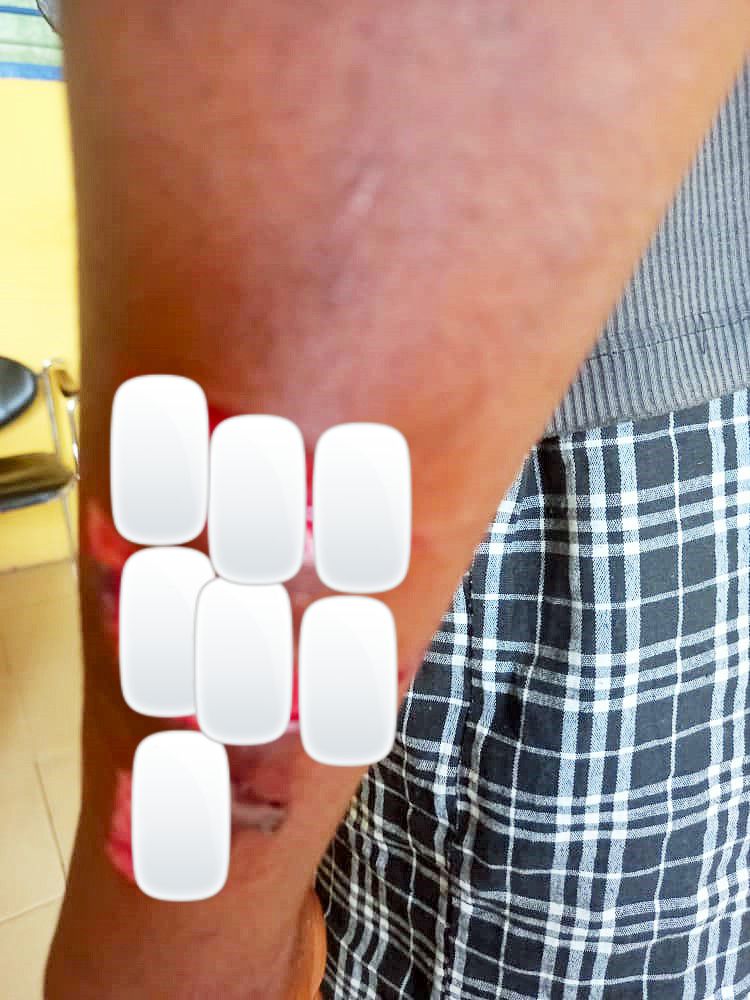 A lecturer at the School of Hygiene in Ho, Sampson Quaye Agbavitor, who allegedly slashed his 14-year-old son repeatedly with a cutlass and left him to his fate has been arraigned.

The plea of Agbavitor, 41, who has been charged with causing unlawful harm and the use of an offensive weapon, was not taken when appeared before the Ho District Court 2, last Thursday (April 14, 2022), reports Graphic Online’s Alberto Mario Noretti.

Inspector Rejoice Kasa, who presented the facts, told the court presided over Mr Akosah Agyare-Amoapong said that the accused carried out the act on the child as punishment for a wrongdoing in school.

The victim, whose name is being withheld, is a JHS student who lives with his father at Ho-Dome.

The prosecution said the child smeared a portion of sanitizer on the face of his classmate on campus, prompting the school authorities to invite the accused to the disciplinary hearing into the matter.

The court was told the accused refused to honour the invitation from the school authorities and also ignored a letter reminding him of the meeting at the school.

As a result, the prosecution said, the school authorities prevented the child from writing the remaining two papers of his end-of-term examinations.

This angered the accused, who returned home from work on April 11 with a cutlass, and grabbed the boy at about 2am, subjected him to severe beatings before inflicting the wounds on him with the cutlass, the court was told.

The boy screamed for help but the neighbours were scared of the fury on the face of the accused, said the prosecution.

According to the prosecution, Agbavitor left the wounded boy in the room, and then left for work in the morning.

A horrified neighbour alerted the Domestic Violence and Victim Support Unit (DOVVSU) of the police leading to the arrest of the accused.

The lecturer was said to have admitted slashing the boy with a cutlass in his caution statement and said the act was meant to discipline him.

Meanwhile, the boy who is receiving treatment at the Ho Teaching Hospital (HTH) will be taken into care by social workers after his treatment.

The court remanded Agbavitor in police custody to appear before it again on Thursday, April 21, 2022.