Latest list of universities not recognised by Ghana’s Accreditation Board 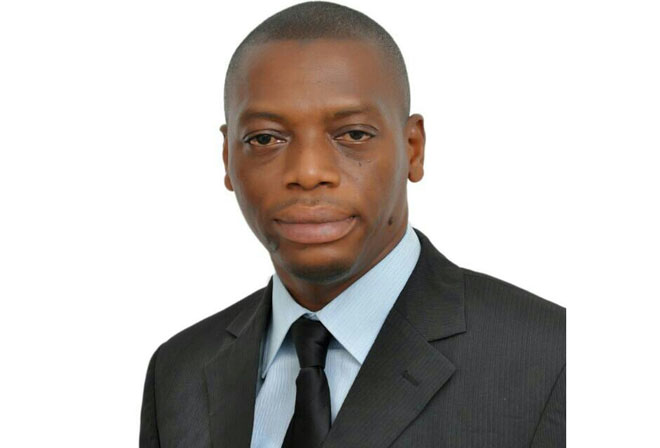 Dr Kingsley Nyarko - Executive Secretary of the National Accreditation Board

The National Accreditation Board (NAB) in Ghana has reiterated its call to all educational institutions and employers to refer all academic and professional qualifications to it for determination of their respective statuses before accepting them for any form of admission, employment or job progression.

The call follows the continuous use of academic qualifications and Doctor of Philosophy (PhD) titles by some individuals, purportedly awarded to them by institutions the NAB has long ceased to recognise and therefore does not accept qualifications awarded by them.

Besides that, the unaccredited institutions in Ghana have been dishing out honorary doctorate degrees to some prominent Ghanaians.

The honorary doctorate recipients have in turn been using the honorary titles of “Dr” even though under normal circumstances it is not supposed to be so if even it was awarded by an accredited institution.

NAB has on numerous occasions published public notices, reiterating and advising prospective students, parents and employers to be cautious of academic qualifications from those unaccredited institutions.

In NAB's latest public notice, signed and issued by its Executive Secretary, Dr Kingsley Nyarko and published in the Daily Graphic on August 24, 2020, NAB specifically mentioned that it has ceased to recognise academic qualifications from the following:

The NAB explained that it had ceased to recognise the qualifications awarded by the institutions because of their “failure to comply with some directives by NAB.”

“By this publication, the Board repeats its previous caution to prospective students and the general public to take note accordingly and desist from enrolling on programmes of the aforementioned institutions,” it added.

On SMC University in particular, the public notice said: “NAB, however, wishes to state clearly that those who graduated from SMC programmes on or before 31st August, 2018, possess valid credentials which are recognized, unless incontrovertible evidence of fraud is established.”

It would be recalled that in 2015 the Swiss Management Centre (SMC), a private university in Switzerland, which runs courses in Ghana as a foreign university, was informed by the NAB that it can no longer enroll fresh students as NAB had withdrawn its registration.

NAB, however, explained that continuing students [who were scheduled to complete in 2016, 2017 and 2018] could still go ahead and complete their courses since the NAB had maintained the registration of the SMC for such students for the following three years.

In addition, NAB said the credentials of graduates from the SMC who obtained their degrees during the period the NAB registered it were still valid.

The reasoning was that, at that time, NAB had accredited SMC.

NAB however, cautioned SMC not to admit fresh students from 2016, 2017, 2018 upwards until its accreditation was restored, that is if it was able to meet the requirements.

And that accreditation has since not been restored as of now.

This means that the qualifications being paraded by persons who graduated from SMC in 2019 and 2020, should not be recognised, according to the NAB.

How SMC got its initial registration in Ghana

NAB had told Graphic Online in 2016 that SMC was initially accredited because one of the accrediting agencies for business schools in the US [Accreditation Council for Business, Schools and Programs (ACBSP)] had accredited it. SMC also at that time of the initial accreditation had been accredited by the European Business School, so NAB also registered it.

NAB explained that the registrations it offers are not for an indefinite period. So when SMC came back for re-registration in 2015, it checked whether the condition under which it was initially registered was still valid and NAB found out that SMC was still accredited by the Association of Business Schools in the US but it was no longer accredited by the European Business Schools.

So NAB told SMC to obtain accreditation from its native country [Switzerland] before it will do any business with it.

It said for the period when SMC was initially registered with NAB, the credentials of graduates that came out of that school are still valid and went ahead to give it three years [up to 2018] because it recognised that it had students who were still in the system, so the registration was extended for three years for only those who were already enrolled on their programmes. But they were not supposed to enroll fresh students until they had complied with what they were supposed to do.

When Graphic Online asked why the NAB went ahead and registered the SMC when it was not accredited in Switzerland in the first place, NAB said its information then was that the Swiss accrediting body do not accredit institutions that wanted to offer programmes outside of Switzerland.

“In the case of CASS Europe, it must be noted that qualifications of all students who enrolled after 2015 would not be recognised,” NAB stated.

The NAB restated its earlier advise to all educational institutions and employers to refer ALL academic and professional qualifications to it for determination of their respective statuses before accepting them for any form of admission, employment or job progression.

The NAB also explained the status of the M-GIBES College of Business and Management.

It said “the general public, especially residents of Accra and its environs, are therefore, cautioned to desist from responding to advertisements enticing them to enrol in this unaccredited institution or the programmes they purport to run.”

“Any person that does business with this institution does so at his/her own risk,” the public notice added.

Below is a copy of the public notice by NAB