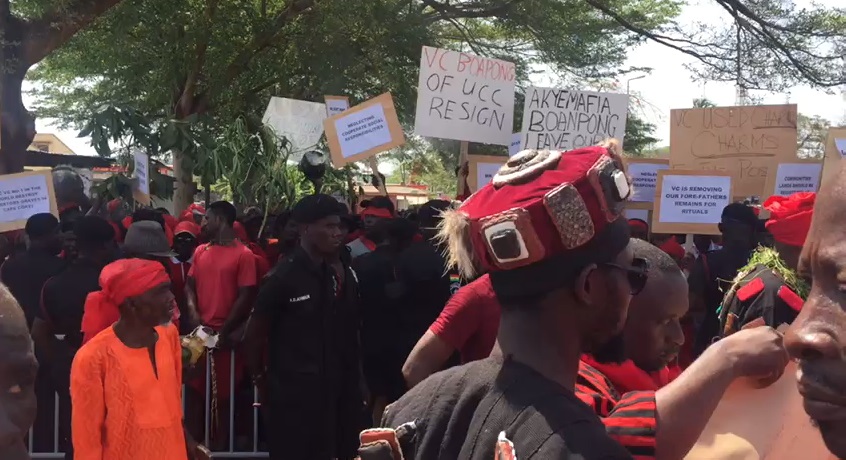 Kwaprow community, and seven other communities in the Central Region that shares border with the University of Cape Coast on Wednesday embarked on a protest against an unresolved boundary dispute between the communities and the University.

They have called on the presidency to step in for the determination of a common agreed boundary.

The Director of Public Affairs of UCC, Major Rtd Baah Bentum received the petition on behalf of the management of UCC.

The chief of Kwaprow, Nana Mensah III said the community wanted the government to step in for an amicable resolution of the dispute.