Kumasi residents grapple with losses due to heavy rains 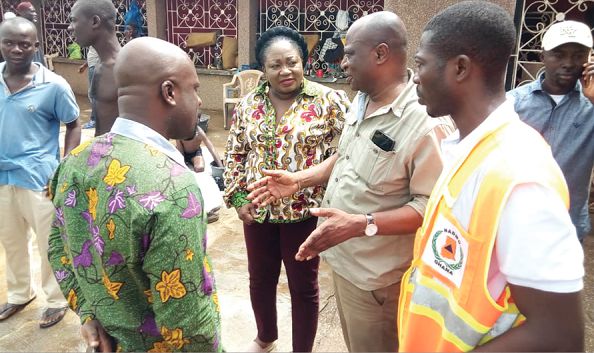 The heavy rains recorded in the Kumasi Metropolis and its environs during the whole of last week has left in its wake a lot of casualties.

Aside from the reported death of a man and the disappearance of a nine-year-old girl in the Asokore Mampong Municipality, the rains also left so many people homeless in the Asokwa Municipality.

Close to 50 houses in the municipality were flooded, leaving hundreds of people homeless with loss of properties running into millions of cedis.

The Susan River located within the municipality overflowed its bank and flooded the homes of residents, with the worst affected area being Atonsu S-line.

Most of the displaced people are currently putting up with friends while waiting for the water to recede to enable them to return home.

Last Friday, the Member of Parliament for the area, Ms Patricia Appiagyei, together with the Municipal Chief Executive of Asokwa, Mr Akwannuasa Gyimah, visited some of the affected areas to access the situation.

At Atonsu S-Line, the MCE explained to the residents that the Chinese company working on the Atonsu road was supposed to dredge the river as part of the project.

According to him, the company did a shoddy job at the places where the river overflowed its bank, adding, “I am saddened that this mishap should happen at this time when we felt all had been done to suppress the flood we had in these areas whenever it rained.”

He promised that the assembly would work on a compensation package from the construction firm for them.

For her part, Ms Appiagyei promised to liaise with the National Disaster Management Organisation (NADMO) for some relief items to assist them.

She said her office, together with the assembly, would meet with the construction firm to find a solution to the problem and also come to their aid. 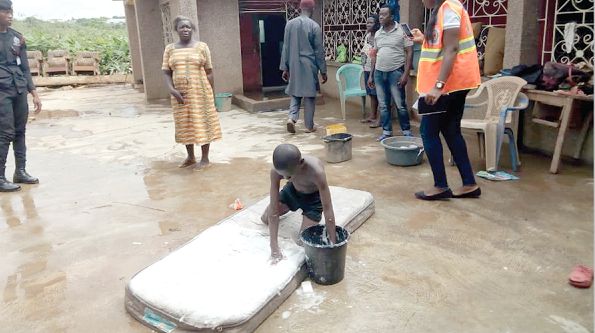