Know your dos and don’ts on Election Day: Electoral offences attract up to two years in jail 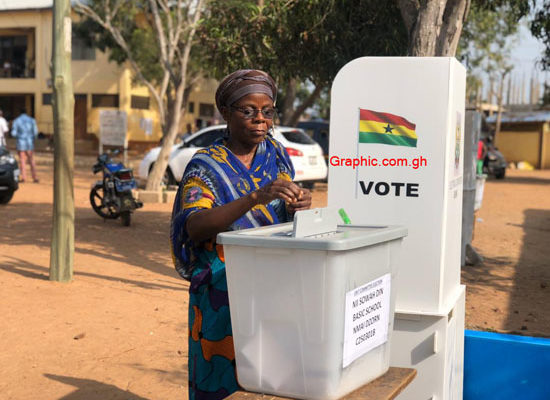 Ghana goes to the polls today but it is instructive to note that anyone who violates the electoral laws of the country can be imprisoned for up to two years.

It is also an offence for a person to vote more than once, or try to vote, knowing that he or she is not a registered voter or entitled to vote.

It is again an offence to threaten, use force or violence to compel a voter to vote or not to vote.

Also, it is an offence for a person to “willfully obstruct or interfere with an election officer in the execution of his duty.”

A person who commits the above mentioned offences can be fined GH¢6,000 or serve two years in prison, or even be slapped with both the fine and imprisonment.

For the offence of voting more than once, not only would the offender serve a jail term, he or she would be barred from voting in any public election for five years after the end of the jail term.

Law must be respected

The electoral offences of the country are clearly stipulated in laws such as the Representation of the Peoples Law,1992 (P.N.DC.L 284) and the Public Elections Regulations, 2020 C.I. 127.

The Director of Electoral Services of the Electoral Commission (EC), Dr Serebour Quaicoe, told the Daily Graphic that the electoral offences were part of the laws of Ghana and, therefore, anyone who flouted them would face the full rigours of the law.

“All the offences are in the law so when you are caught up with the law, the police will arrest you and you will be prosecuted,” he said.

Committing blunders such as thumb-printing for more than one candidate, defacing or soiling the ballot, when the ballot is not validated, when it is torn or when someone ticks for a candidate instead of thumb-printing renders the ballots spoilt.

When such spoilt ballots are dropped in the ballot box, they will be counted among the turnout of voters but the ballots would be rejected and not counted as valid votes cast.

To avoid the rejected ballot situation, those who believe their ballots are spoilt after they had committed any of the blunders can hold back from dropping them into the ballot box and rather request a new ballot paper.

The Director of Public Affairs of the National Commission for Civic Education (NCCE), Mrs Joyce Afutu, encouraged all eligible voters to vote today since it is their civic duty.

Certain activities by law are also prohibited on the polling day.

“Any person who contravenes a provision of this section commits an offence and is liable on conviction to a fine not exceeding two hundred penalty units (GH¢2,400) or to a term of imprisonment not exceeding 12 months or both the fine and the imprisonment,” PNDCL 284 stipulates.

He disagreed with those who argued that such a move would disenfranchise many people, especially those who could not afford to buy face masks.

According to him, the EC was not acting in a vacuum, but based on the Executive Instrument signed into law by the President which made the wearing of nose masks mandatory at all public gatherings.

“The law enjoins everyone to wear a mask in public. This means you will be flouting the law once you go to a polling station without a mask,” the EC’s Electoral Services director said.

Another act which many people have argued is not an electoral offence is a voter taking a picture of a ballot paper to reveal the candidate he or she voted for.

Dr Quaicoe disagreed with the assertion and said the act was a violation of the 1992 Constitution and C.I.127.

Article 49 (1) of the 1992 Constitutions, he said, stipulated that voting at any public election or referendum shall be by secret ballot.

The constitutional provision, he said, was also reinforced in Rule 33 sub rule 3(b) of C.I 127.

“So our laws, including the highest law of the land, make it mandatory for us to vote in secrecy. Taking a picture of it is unlawful because you will be violating the 1992 Constitution.

There are specific offences that fall within the domain of the election officials who will manage the elections today.

Per Section 30 of PNDCL 284, it is an offence for an election official to “willfully prevent a person from voting at a polling station at which he knows the person is entitled to vote.”

It is also an offence for an election officer to refuse to permit a physically challenged person from voting in a manner that is prescribed for them to vote.

An election official who commits any such offences will be liable upon conviction to a fine of GH¢6,000 or a term of imprisonment not exceeding two years or both the fine and imprisonment.

Dr Quaicoe said the EC had given its officers adequate training to build their capacities and also enable them to appreciate the electoral laws.

“In 2012, we gave our officers one day’s training, after that we increased the training period to three days, so we have had enough training for them,” he added.