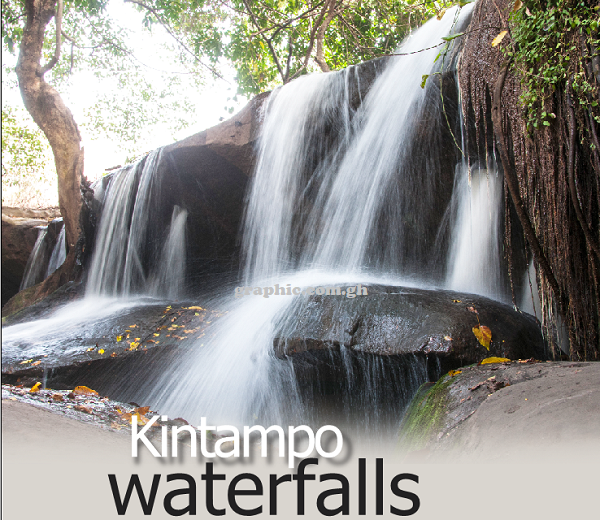 Located along the Kumasi-Tamale road in the Kintampo North municipality is the popular and one of the most beautiful waterfalls in the country, the Kintampo Waterfalls.

It is about four kilometres (km) from Kintampo, the capital of the Bono East Region.

The water flows from the Pumpum River, which is a tributary of the Black Volta, and takes its source from Pumpumatifi, a village about 10km from the waterfalls.

There are three stages of the falls. The first two stages can be reached easily as the pathway is levelled.

To get to the third stage, however, visitors need to take 173 stairs down and about 151 stairs up on an engineered staircase, made easy with hand rails.

After a number of steps and cascades, the water flows from a precipice of about 25 metres at the last stage, forming a beautiful fall.

Visitors and revellers can swim or have a refreshing feel of the water at this stage of the falls.

Previously known as Sanders Falls during the colonial days, the waterfalls was established as a tourist site in 1992, after its discovery in the 18th century.

The waterfalls has gone through several developments, including the creation of car park, receptive centre, construction of stairs, and recently, a canopy walkway which offers a stunning view of the waterfall scenery.