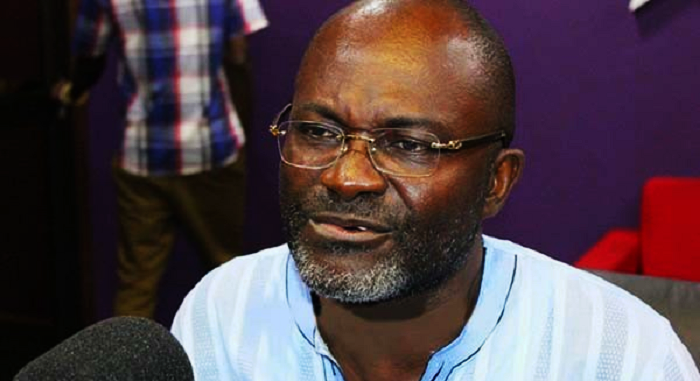 Mr Kennedy Ohene Agyapong, the Member of Parliament for Assin Central in the Central Region has raised issues with how the Narcotics Control Board (NACOB) has been conducting its business at the Kotoka International Airport (KIA) in the fight against narcotics trafficking.

He is arguing that NACOB’s modus operandi is making them complicit and cited a recent instance where before NACOB unleashed sniffer dogs into a vehicle at the airport, which was to be exported abroad, they placed cocaine in the car.

His argument is that, since cocaine was placed in the car, it rendered the dogs inactive to detect if a banned substance was hidden in the car.

Reiterating his allegations which he had earlier made on Oman FM’s Boiling Point programme on Wednesday morning, Mr Agyapong said on February 26 this year, Mr Ibrahim Mahama, junior brother of former President John Mahama was taking some luxury vehicles for routine servicing abroad.

He said the vehicles were duly brought to the Swissport Ghana Limited facility for onward shipment abroad.

He claims the vehicles are always parked at the Airport Clinic before the shipment and that no checks are conducted on the vehicles.

On the said date, Mr. Agyapong said when Mr Mahama’s vehicles, three Mercedez Benz vehicles arrived from abroad and another batch – four vehicles - were being prepared through the Swissport facility for shipment on the same day, the airport security decided not to allow the cars to pass without the proper checks.

He said between 8pm and 11:30pm, there was a stalemate between the Swissport staff and the airport officials, a video recording of the face-off he said, is avaiable.

He said the red flags were raised because it was detected that one of the said vehicles went for servicing five times in 2017 alone and therefore the airport officials insisted on a thorough search before allowing it to pass.

According to Mr Agyapong, when NACOB officials were contacted, they initially gave an excuse that the sniffer dogs were tired and they could not use them but when they were finally persuaded to bring the dogs, they placed cocaine in the car for the dogs to sniff before allowing them to do their work.

This modus operandi, the law maker concluded, was wrong.

Mr Agyapong expressed concern about how a private company, headed by a Lebanese national at the Kotoka International Airport (KIA), was being allowed to operate without any official national security supervision, claiming that the incident was an indication that there were serious security breaches at the cargo section of the airport; and therefore called on government to act swiftly.

He questioned why the private cargo handling company has been allowed to hire its own private security and not allowing National Security operatives to enter its facility at the airport, insisting that if there was any contraband, the security agents cannot detect it.