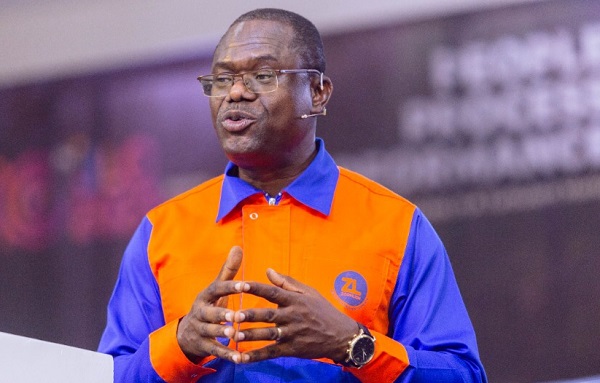 The Executive Chairman of the Jospong Group of Companies (JGC), Mr Joseph Siaw Agyepong has attributed the success story of his business conglomerate to God.

According to Mr Siaw Agyepong, God has been his guide and pillar throughout the JGC's journey so far.

The JGC, he contended, is founded on the principles of God and people, stressing that the group's "primary goal is to improve the lives of people." 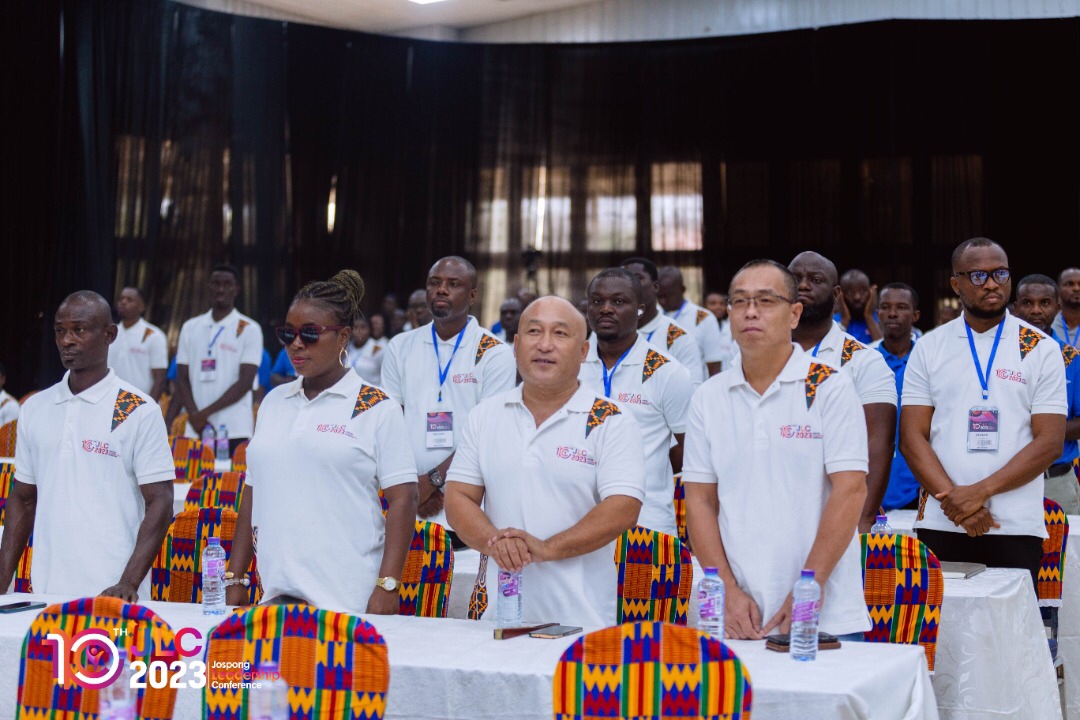 Mr Siaw Agyepong was speaking at the opening of the 2023 Jospong Leadership Conference (JLC) on Wednesday, January 18, 2023, at the Pentecost Convention Centre (PCC) at Gomoa Fetteh in the Central Region.

The five-day conference, which has in attendance over 1,000 directors, managers, senior officers and other staff members of JGC, is themed: People, Process & Performance -- The Pathway to Success in a Turbulent Market."

This year's conference marks the 10th anniversary of the JLC series.

Mr Siaw Agyepong indicated that throughout his business life, he has consistently seen that the God factor triumph over all challenges, adding "I am always grateful to God."

"When I face any challenges, I go down on my knees with my wife and pray and God has been so good to us. We feel so blessed by God Almighty," he said.

The mission of the JGC, he said, is to be the leading environmental sanitation management company in Africa, with its vision aimed at "improving the lives of people and their environment."

In this regard, he encouraged his staff members to be prayerful in all endeavours and to work hard to improve the lot of people.

Recounting how far the JLC has come since its inception in 2013, the Executive Chairman of JGC said the leadership conference started as retreats. 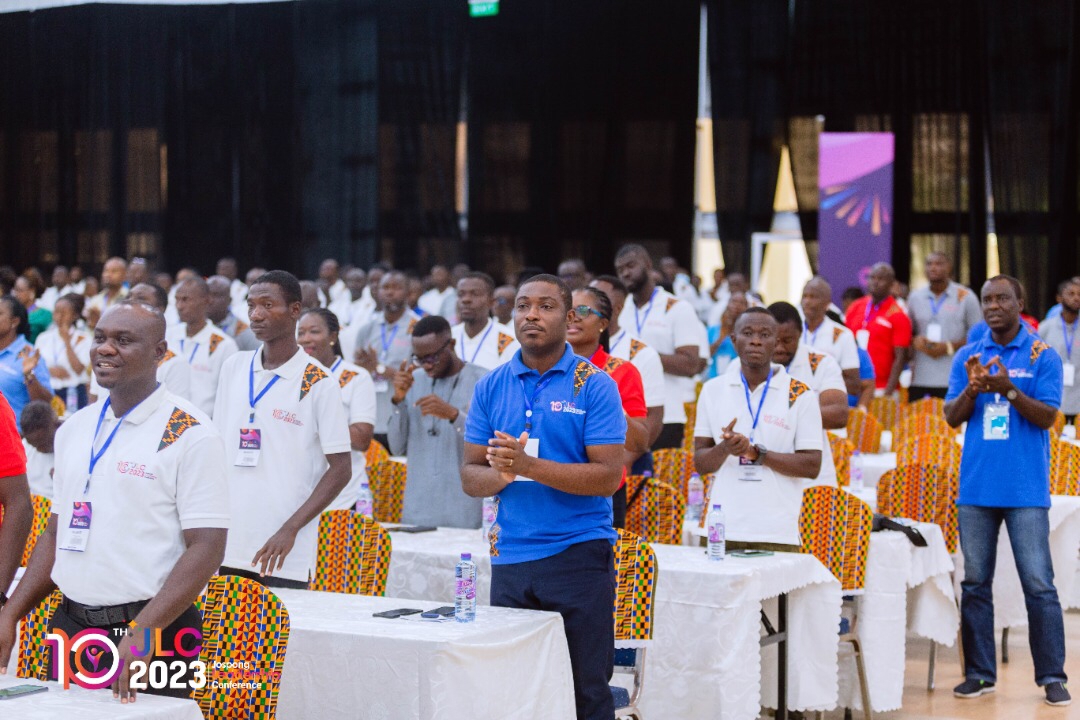 "It is amazing how time flies. Ten years ago, specifically in 2013, we started this journey in the form of retreats at the Presbyterian Women’s Centre, Abokobi, Accra. The first retreat was held in January with the theme: “Seeking God’s guidance on the perfect will of God”, and the second in July under the theme; “Let’s Build Together.
"The objective was to discuss our plans and activities for the year. It was attended by many employees and stakeholders from all over the country. And the keynote speaker was the then Managing Director for Stanbic Bank, Chief Alhassan Andani," he recalled.

The outcome of the retreats, Mr Siaw Agyepong noted, led to the creation of the Group Office and many other remarkable achievements.

"The 2013 January and July retreats thus became a defining moment for the Group," he stressed.

He seized the opportunity to commend, President Nana Addo Dankwa Akufo-Addo, for his leadership guidance and support for the group.

He was equally full of praise for the Minister of Sanitation and Water Resources, Mrs Cecilia Abena Dapaah, and others within the group's operational activities, and all the staff members of JGC for their hard work and sacrifices. 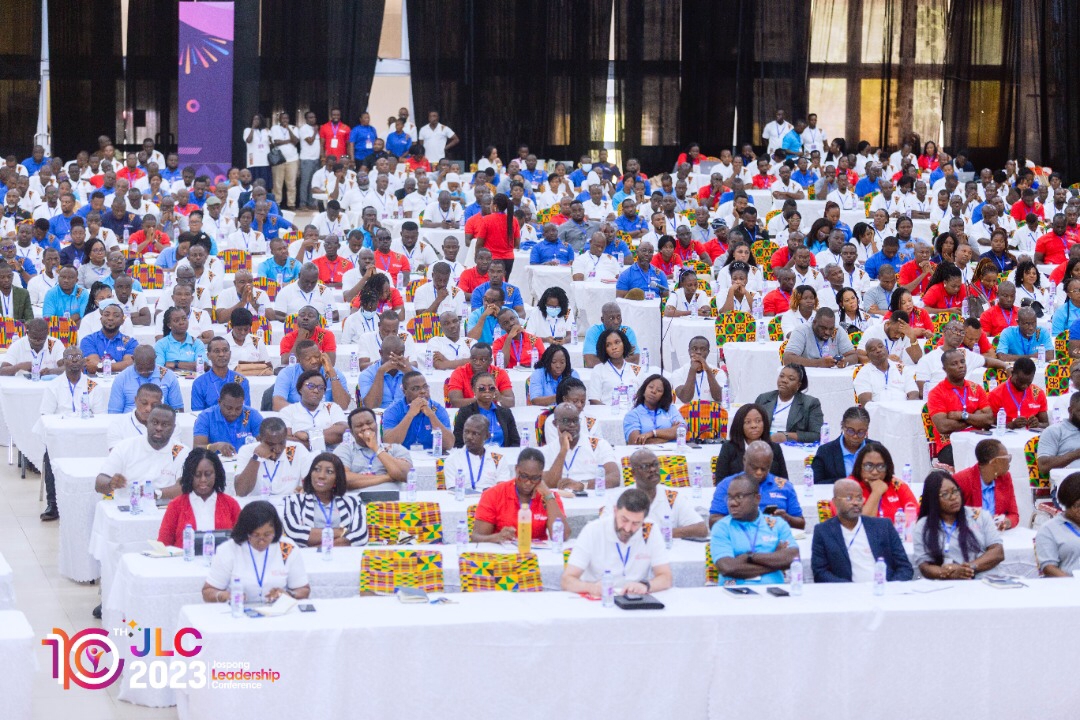 "We have come this far because of the critical role played by every staff of JGC," he asserted.

The Guest Speaker, Reverend Sam Adeyemi, a Nigerian clergyman and motivational speaker, in a presentation christened: "Celebrating the Champions in People", said transformational leaders empower employees with praise and appreciation.

He said there was nothing like a "perfect employee" in this world, insisting that leaders must rather leverage the skills and talents of people.

"Leadership is not about titles and egos but one that must make champions in the people," he said

According to the man of God, a leader must help people to overcome fear, low-self esteem, complacency, self-doubt, bad attitude and procrastination.

"When you are a leader avoid speaking negative things about your people," he advised.