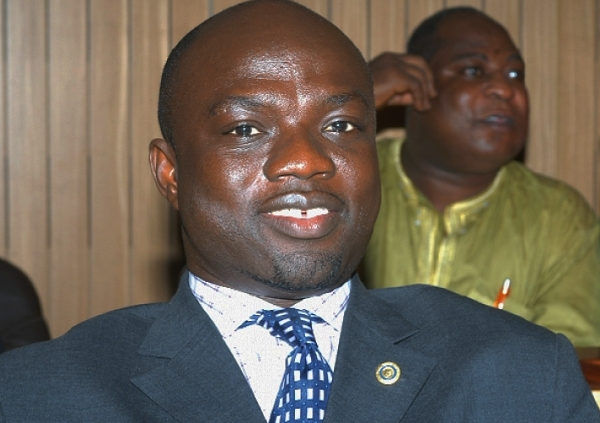 The trial of the man accused of killing Mr JB Danquah-Adu, the former Member of Parliament (MP) for Abuakwa North Constituency, is finally set to take off on April 26 this year, five years after the murder of the legislator.

The accused person, Daniel Asiedu, aka Sexy Don Don, has been going through the criminal justice system since 2016, with issues of his legal representation featuring prominently until the trial commencement date was finally announced in court yesterday.

The High Court, presided over by Justice Lydia Osei Marfo, yesterday brought down the curtains on the Case Management Conference (CMC), paving the way for the trial, with a jury fully constituted.

For the trial, the prosecution is expected to call 10 witnesses, including the expert pathologist who conducted autopsy on the former legislator.

The prosecution will lead oral evidence while relying on relevant documents it intends to rely on for the trial.

Justice Marfo urged the jury to be minded by its constitutional duty, adding that: “Your duty is to listen carefully to the evidence in this court and decide carefully on the fact as produced”.

She said the case had attracted a lot of public interest, and that the comments of the court of public opinion would continue till the trial ended.

“Anything that will happen outside the confines of the trial should not inform your opinion, and there should be no biases, pre-opinions; comport yourselves, both in private and in public,” she added.

On February 8, 2016, Mr Danquah-Adu was murdered in cold blood at his residence at Shiashie, a suburb of Accra.

Asiedu was arrested on February 11, 2016, by the police at his hideout at Agbogloshie in connection with the murder of the legislator, and the police claimed Asiedu had confessed to killing the MP.

On February 16, 2016, he made his first appearance before the Accra Central District Court, presided over by Mr Stephen Owusu, where he confessed to killing the MP, explaining that he had gone to steal and did not intend to kill the MP.

Counsel for Asieidu, Mr Augustine Obour, on March 1, 2016, prayed the district court to order a psychiatric examination on his client, arguing that an interaction that he had with Asiedu showed that Asiedu was not mentally sound.

Asiedu’s alleged accomplice, Vincent Bosso, aka Junior Agogo, on May 10, 2016, appeared before the district court.

The duo, on May 17, 2016, appeared together at the district court for the first time.

Read also:  ‘I killed J.B Danquah-Adu, but I want his family to forgive me’ — Daniel Asiedu

Asiedu and Bosso were on March 15, 2017, committed to stand trial at the Accra High Court by the district court, but Asiedu changed his story, claiming that he did not kill the MP and that he was framed up for a crime he did not commit.

However, the trial started at the Criminal Division of the Accra High Court on April 17, 2017.

On May 29, 2017, the Accra High Court presided over by Mr Justice Lawrence L. Mensah discharged Asiedu and Bosso following a nolle prosequi filed by the Attorney General to discontinue with the prosecution.

The two were not set free, but were immediately arrested by heavily armed policemen right after the court proceedings.

Two days after their discharge, the police levelled fresh charges against them and dragged them back to the Accra Central District Court.

Asiedu and Bosso have been charged with conspiracy to commit robbery, while Asiedu has further been charged separately with murder.

The two have pleaded not guilty to the charges.

It is the case of the prosecution that Asiedu and Bosso planned to go on a robbery spree, but Bosso changed his mind and went home.

The prosecution said Asiedu went to Shiashie and picketed at the MP’s house to rob.

According to the prosecution, in the course of searching for items to steal, Asiedu made some noise which woke the MP.

The prosecution said a struggle ensued between the two, leading to Asiedu stabbing the MP in the neck and chest, killing him in the process.