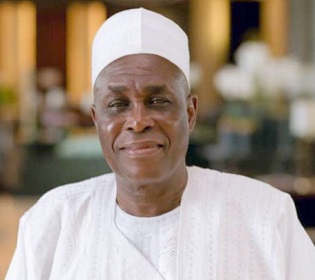 The Chief Executive Officer of the Gamey and Gamey Group, Austin Gamey, has said the organisation’s partnership with the University of Commonwealth Caribbean (UCC) in Kingston, Jamaica, is aimed at preparing students to be nation builders.

Moreover, he said it was also intended to make students progressive business entrepreneurs, adding that “this is what the whole intention is about”

Mr Gamey said during a media interaction last Saturday that the new direction the group was going with the Jamaican university was to train and develop the skills and mentality of students to help them to discover things instead of the use of models (which are limited and used to explain something) application.

The new educational pursuit, he said, would be to create an opportunity to enable people to apply wisdom in the use of language skill for effective communication.

“We don’t want a situation where our students would come out and employers have to train and retrain them. It would just have to be a matter orientation of how the business structure is and the role they are going to play in the organisation they are going in,” he said.

Last month, the UCC entered into a partnership with the Gamey and Gamey Group to offer higher educational opportunities in Tema.

Mr Gamey said the new educational pursuit with UCC would be to create an opportunity to “now share the story of yesterday and bring yesterday to today and project it into the future. That is why we said the best way to predict the future is to create it”

He said students would be made to use the tool of appreciative inquiry approach where they would be able to see the value of what was good yesterday, bring it to the present and project it into the future.

“We want to develop people who are skills-based, people who would have the capacity to turn things around because there are rapidly changing technologies in the world.

“So our students are going to be trained, oriented to respond positively to the new rapidly changing technologies of the world. That is what we are going to do,” he emphasised.

Mr Gamey noted that there was the need to transit people’s knowledge into the management of novelty which meant new things, change and then ensure that they had a continuity of mind.

He said the students would be trained to know that the world was in transition into the management of novelty.