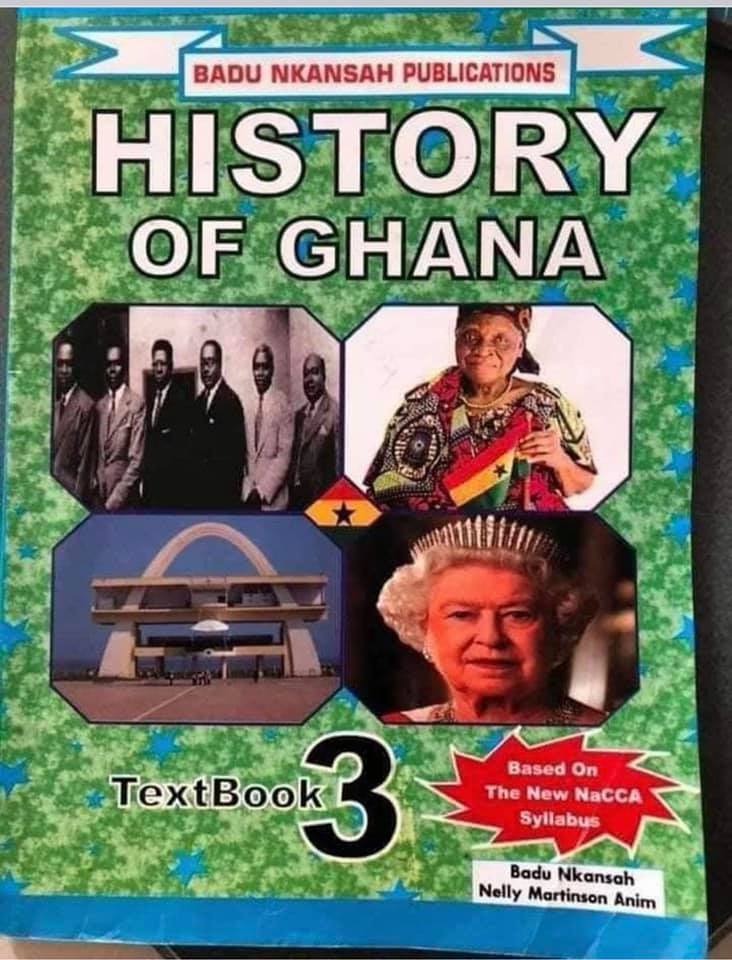 Growing public outcry against the publishing and sale of some History textbooks for primary schools has deepened, with calls not just for the immediate withdrawal of the books but also investigations and a possible ban of the publishers for such a dangerous act.

A number of groups and organisations have called for the immediate withdrawal of the books, with some describing the content as bigotry which fan ethnocentric sentiments and downright insult to particularly the people of the Volta Region.

The Minority in Parliament yesterday added its voice to the concern and filed an urgent parliamentary question requesting the Minister of Education, Dr Yaw Osei Adutwum, to appear before the House to respond to the two incendiary publications that had caused outrage among some Ghanaians.

An advocacy organisation, Africa Education Watch (Eduwatch) has called on the National Security to, as a matter of urgency, investigate how those textbooks with inappropriate content found their way into schools and markets in the country.

Also, yesterday, the Volta Regional House of Chiefs called for an unqualified apology from the publishers of the said books for their “derogatory allusions and innuendos at Ewes”.

The acting Director of the National Council for Curriculum and Assessment (NaCCA), Mr John Mensah Anang, in a statement yesterday, indicated that the three textbooks making waves in the media had not been approved for use in schools.

“In each of these books and others discovered on social media, the authors make inappropriate references to personalities and ethnic groups which are deemed unfortunate, distasteful and in contradiction with NaCCA's Book Submission Guidelines and Approval Methodology which guide the work of publishers and authors,” it said.

It said it had asked the publishers to withdraw all the unapproved offending books stated and any other from the market and submit copies for assessment.

The publishers had also been asked to issue an unequivocal apology through the electronic, print and social media, it added.

However, a National Democratic Congress (NDC) Member of Parliament (MP), Mr Samuel Okudzeto Ablakwa, who filed the urgent parliamentary question, said NaCCA, the agency under the MoE with primary responsibility to ensure that standards were met, had failed to ensure compliance with standards, since the “bigoted” publications appeared on the market six months ago.

“It has had to take the outrage of Ghanaians to get a statement from NaCCA and draw apology from the publishers of one of the books.

“The publishers, in their apology, have further angered Ghanaians, as they have not taken responsibility for the contents in the books and they also claim that they do not know how the book got onto the market.

“And yet we do know that for several months these books are being sold and some people are profiting from the sale of the books which are not free books,” he said.

Mr Ablakwa also said appearing before the House would allow Dr Osei Adutwum to answer questions on the publications by both Badu Nkansah Publications and Okyere Baafi Alexander that cast a slur on Ewes as an ethnic group and distorted the history of the people.

Besides, he said, he was optimistic that the urgent question would serve as a means to re-channel the anger into peaceful democratic processes to forestall any chaos and allow those angered by the publications to appreciate that leadership was dealing with the matter.

“We are seeking to use peaceful democratic means and we can assure them that we will carry out the needed follow-ups even after the Minister of Education has responded and given us assurances to ensure that concrete actions are carried out, so that those books are withdrawn from the system and the gatekeepers sit up and prevent this from happening again,” he said.

Mr Ablakwa appealed to the youth who had been angered by the two publications to calm down and exercise restraint.

According to him, while the people were justifiably angry, they should not be provoked to take the law into their own hands to cause more trouble.

“Let us not joke or play with fire and joke with these things because it can easily cause a spark that will trigger ethnic conflicts. Fortunately, as a country, we have been spared ethnic strife and conflicts throughout our history, unlike other African countries that have had total meltdown,” he emphasised.

Eduwatch said although NaCCA had directed that all unapproved textbooks be withdrawn with immediate effect, that was not enough.

It said if found culpable, those publishers should be blacklisted for a certain period of time to serve as a deterrent to others.

“So the publishers, after knowing very well that they were stopped because the contents of the books were queried, allegedly went ahead to disseminate them to private schools.

“That is why we are saying that the apology that they have issued is a non-starter because you knew very well that the contents were inappropriate and so you should have taken measures to stop them from going out,” the Executive Director of Eduwatch, Mr Kofi Asare, told the Daily Graphic in an interview.

Eduwatch further called for deeper investigations by the National Security to ascertain how samples of books submitted to NaCCA by the publishers and queried by same in September 2020 found their way in commercial quantities onto the Ghanaian book market in 2021.

Mr Asare said if NaCCA disapproved sample copies of the said textbooks by raising issues with some content as far back as September 2020, “how did commercial quantities find their way to the book market in 2021?”

It said while it acknowledged the fact that NaCCA was working hard to ensure that only its approved textbooks were used in schools, the challenge of regulating published content that found its way into the open market was beyond NaCCA.

“Professionalism and ethical conduct are prerequisites for the development of every field of business or venture; hence, the urgent need to expedite action on the Ghana Book Development Bill, which has been in Parliament for some time now.

“The said bill, when passed into law, should provide a legal and institutional framework to guide the Ministry of Education and the Ghana Book Development Council to develop and implement a comprehensive National Book Development Policy with ethical and professional standards in book development,” it said.

The publishers of the History of Ghana Textbook 3, Badu Nkansah Publications, apologised for the content in the book.

A statement signed and issued by Mr Mark Osei explained that the book, which was submitted to NaCCA for assessment, had not been approved due to some concerns raised by the council.

"Unfortunately, while undergoing the review, a limited quantity of the unpublished draft found its way into the market. We have seen certain snapshots on social media which have generated justified public uproar due to their offensive tone. Although it is not a deliberate attempt to berate such a huge section of our society, we wish to unreservedly apologise for the slip," it said.

It, however, said it had started investigations into how the unpublished draft found its way into the market.

In a statement signed by its President, Togbe Tepre Hodo IV, and issued by the Volta Regional House of Chiefs yesterday, the Volta chiefs described some of the content of the books as “distasteful and a disgrace to the authors and publishers of the said material intended to educate the younger generation of this country”.

They unreservedly condemned “this singular demonstration of tribal bigotry and prejudice” and called on those responsible for the offensive publication to withdraw the same from circulation and destroy every part of the offensive material.

The house further demanded “an unqualified apology from the authors and publishers of this base material to be rendered to all Ewe-speaking citizens of Ghana”.