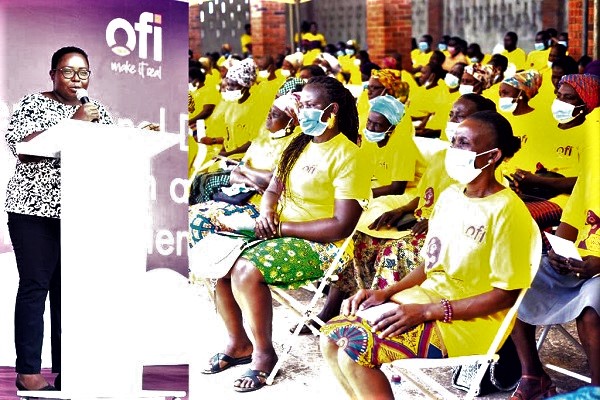 The United Nations (UN) has set aside February 11 as the International Day of Women and Girls in Science to raise awareness of the contribution of women and girls in the field of science and technology.

Implemented by the United Nations Educational, Scientific and Cultural Organisation (UNESCO) and the UN-Women, in coordination with civil society institutions, the day also seeks to promote the participation of women in science, technology, engineering and mathematics (STEM) disciplines.

This year’s global celebration, which is on the theme “Equity, Diversity, and Inclusion: Water Unites Us,” was held in New York. It focused on women and girls as agents of change, especially towards the fulfilment of the UN’s Sustainable Development Goals (SDG) of clean water and sanitation.

The day is significant as it aims to reduce the gender gap in STEM disciplines. As per the UN, only 33 per cent of researchers are women.

Female researchers are funded less compared to their male counterparts and are also underrepresented in high-profile journals.

Women account for 40 per cent of graduates in the field of computer science and informatics and 28 per cent of engineering graduates.

In cutting edge research areas such as artificial intelligence, only about one in five professionals (22 per cent) is a woman.

Women form a mere 12 per cent of the membership of national science academies, as per statistics by the United Nations.

In this year’s message on the occasion of International Day of Women and Girls in Science, UN Secretary-General António Guterres stated that structural and societal barriers prevented women and girls from progressing in STEM disciplines.

To mark the day, Olam Food Ingredients Ghana Limited (OFI), one of the private Licensed Buying Companies (LBCs) in Ghana’s cocoa sector and the leading exporter of cashew in the industry, commemorated the day with farmers in its supply chain at Obuoba Village in Nkawkaw in the Eastern Region.

The programme, which was celebrated on the theme: “Equity, Diversity, and Inclusion: Women & Girls in Science as Agents of Change in Transforming the Cocoa & Cashew Industries”, brought together over 300 predominantly women farmers under the OFI sustainability programme to receive expert knowledge and technical advice from qualified women scientists from the Cocoa Research Institute of Ghana (CRIG) and the Seed Production Division (SPD) of COCOBOD.

The celebration was to recognise the role of women and girls in science as agents of change in the cocoa and cashew industries.

Speaking at the programme, the Executive Director of SPD, Mrs Faustine Asamany, said the quality attached to Ghana’s cocoa beans was as a result of the intensive scientific research invested in the area.

She indicated that there was a need to increase the participation of women and girls in science to serve as role models for farmers, lead in the fight against child labour and contribute significantly in the area of research.

The event was held in two sessions: the first involved farm visits to various societies, where farmers received education on the benefits of good agricultural practices for increased productivity.

The second session had an audience of more than 500 people made up of farmers, students pursuing courses in science who were also children of cocoa farmers, and the leadership and staff of OFI.

An agronomist at CRIG, Dr Patricia Adu-Yeboah, talked about her experiences in providing cost-effective strategies to improve cocoa, coffee, cashew, and shea production.

An Agric Economist at CRIG, Dr Evelyn Ahiale, encouraged young girls not to shy away from the science fields.

She also touched on equity and encouraged farmers to share available resources equally between their male and female children.

The programme provided a platform to engage farmers and showcase the benefit of education, especially for young girls. Forty students pursuing courses in the sciences at the secondary and tertiary levels participated in it, with some sharing their experiences with the team.

The Country Head of OFI, Mr Eric Asare Botwe, said: “This event is a great way to engage women and girls on the importance of education and hopefully spark an interest in science because we know that when we give them the right support, women and girls can become catalysts for more sustainable cocoa communities and healthier families.”

“That’s why, under our cocoa compass sustainability ambition, we are also actively promoting gender equality through initiatives such as the Village Savings and Loans Associations that help women take control of their finances and save for their children’s education,” he added.

The OFI used the opportunity to distribute souvenirs to participants to encourage them in their academic pursuits.