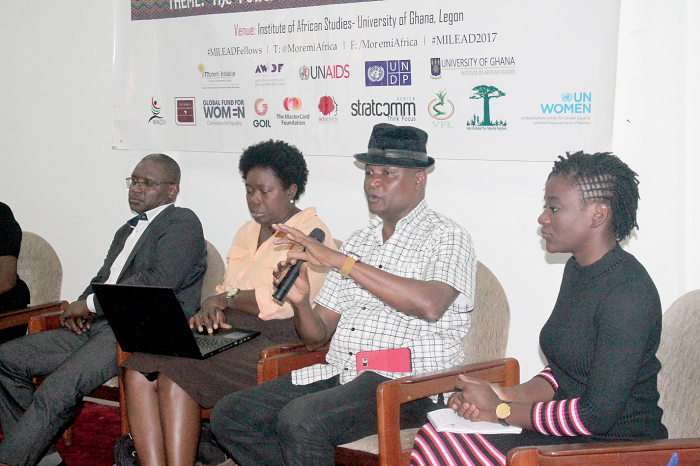 A Clinical Psychologist, Dr Nortey Dua, has charged the media to intensify education on sexual reproductive health rights to empower women to access reproductive rights without fear of being ridiculed.

He observed that the manner in which the media packaged and reported sensitive issues such as sexual abuse, domestic violence and diseases weakened the will of victims to share their experiences, adding that: “Reporting the identities of victims hinders people from fighting hard to seek justice.”

At a summit on Young Women’s Health and Safety: Sexual and Gender-Based Violence, HIV/AIDS & Sexual and Reproductive Health Rights (SHRH) in Accra last Thursday, Dr Dua cautioned the media to be circumspect in handling confidential issues that had the potential to damage and abuse the rights of the persons involved and called for due diligence before stories were released.

The summit formed part of a three-week introductory training programme for 27 young women professionals who won the 2017 Moremi Initiative for Women’s Leadership in Africa (MILEAD Fellows).

The one-year fellows are from 26 African countries, including Ghana, Nigeria, Kenya, Tanzania, Mauritania, Cameroun and Gabon and others from the diaspora such as the United States of America (USA) and the United Kingdom (UK).

“We always want to report sensational stories that will catch the attention of the editor. Sometimes in the quest to be the first to break the news, we give out sensitive information that ought to be protected because it is someone’s privacy we put in the public space,” Dr Dua said.

To sanitise the media, Dr Dua called on authorities, mandated to ensure the protection of human rights, to effect sanctions on media practitioners who published sensational stories to the detriment of others.

“We have acts and laws to ensure that rights of persons are protected. If somebody is found flouting the rules, depending on the gravity of the issue, sanctions could be given to check others,” he said.

In his contribution, Dr James Clayman, a medical practitioner, said currently, the safety of many young people had been compromised as they were being abused sexually in their homes, schools and even at the workplace.

He, therefore, called for a holistic approach to deal with the issue of gender-based violence by inculcating reproductive health rights and safety, including defence tactics in their education.

For his part, the Kaneshie Motor Transport and Traffic Directorate of the Ghana Police Service (GPS) Divisional Commander, Deputy Superintendent of Police (DSP) Elvis Bawa Sadongo, admitted that the Domestic Violence Act, though operational, had suffered some difficulties which had impeded its full implementation.

A lawyer from the Federation of African Women Lawyers (FIDA), Mrs Susan Aryeetey, said a lot had been done in the area of women empowerment in the country but more still needed to be done as there were a lot of issues still confronting women in domestic and other settings.

Ms Adwoa Bani, who moderated the summit, said as feminists, they should have an open mind on issues and not judge others who were not like them, noting that they should learn to respect the space, opinions and views of others.

Some MILEAD alumni from Cameroun, Senegal and the Gambia also shared some experiences on women and gender-based violence in their respective countries.