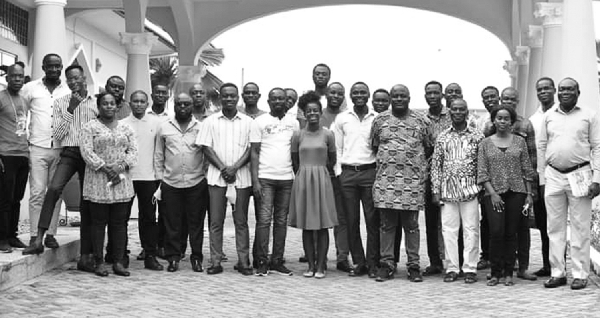 Journalists have been asked to intensify public awareness against antibiotics abuse to control the threat of antimicrobial resistance.

The Head of the Ghana Antimicrobial Resistance Secretariat of the Ministry of Health, Dr Savior Yevutse, made the call at a two-day seminar for some selected journalists in Koforidua, the Eastern Regional capital.

The seminar, which brought together media practitioners in the Eastern Region, was to educate journalists on how to communicate and disseminate information on antimicrobial resistance (AMR) and antimicrobial use (AMU).

Antibiotics, he indicated, were medicines used to treat bacterial infections such as infections of the blood, skin, chest and other parts of the body which were supposed to be prescribed by medical experts.

However, Dr Yevutse noted that the misuse of those drugs had led to resistance, making them ineffective for treatment.

According to him, the antimicrobial resistance was a global threat of which Ghana was not an exception, explaining that globally, about 700,000 deaths were recorded annually as a result of the misuse of antibiotics.

He emphasised that an additional 10 million deaths might occur each year with an estimated death every three seconds, if nothing was done by the year 2050.

Dr Yevutse said antimicrobial resistance was a threat to human life and must be taken seriously, hence the needed concerted effort to address it.

Inadequate knowledge and low-level of awareness, Dr Yevutse indicated, were the consequences of the misuse and abuse of antibiotics, wrong perceptions about the magic of antimicrobial in humans, and weak regulations and control by regulatory agencies which had worsened the situation in Ghana.

The Programme Coordinator of AMR at the Food and Agriculture Organisation (FAO), Dr Kofi Afakye, said the total consumption of antimicrobial in livestock sector in 2010 was 63,152 tonnes and that global use of antibiotics in livestock would rise to 67 per cent by the year 2030.

In Ghana, according to him, studies had proved that antibiotics residues were in chicken, pork, beef and eggs because more than 60 per cent of poultry farmers gave antibiotics to the birds even when they were not sick.