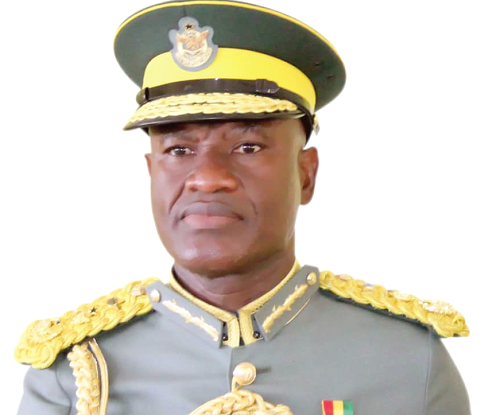 The Ghana Immigration Service (GIS) has waged a war against foreigners who attempt to acquire Ghanaian passport through dubious means.

It has, therefore, repatriated 52 foreign nationals who attempted to acquire Ghanaian Passport by false declaration.

In the last nine months, GIS has prosecuted over 35 foreign nationals who were subsequently fined a total of GHC91,360.00.

Head of Legal at GIS, Chief Superintendent Adolf Aboagye-Asenso, said in an interview that the local accomplices of those repatriated were on the run, and that the GIS would spare no effort in arresting them.

He said the foreign nationals acquired genuine source documents such as the birth certificates from the Births and Deaths registry, Ghana Cards from the National Identification Authority and voter ID cards from the Electoral Commission with the assistance of their local collaborators.

He said the source documents were presented to the Immigration Service as proof of citizenship for the acquisition of Ghanaian passport.

“Such actions go a long way not only to dent the image of the country among the comity of nations but also to erode the integrity of such documents”, he said.

The GIS had earlier arrested 79 people in the Volta Region allegedly for engaging in illegal business.

They include 72 Togolese, four Nigérien nationals and three Ghanaians.

The Volta Regional commander of the GIS, Deputy Commissioner of Immigration Peter Nantuo, said the foreigners had been living in Ghana without permits and had been engaging in illegal online trading activities.

“The GIS will never let the region and the country down, especially when drugs, cyberfraud, Q-Net [the controversial online ‘network marketing organisation’] are trying to take root in the region.

“Don’t deceive yourselves that maybe there’s a claim that the border is porous. It is not true. That does not mean we do not man or patrol our borders,” DCI Nantuo said.

“You people will go back right now to Togo. If you like, come back, and I will prosecute and jail you in Ghana.

“When you come, do something better. You cannot come and engage in something we all know is criminal and you think we should turn the other side? It will not work,” he said.

He advised foreign nationals who had interest in coming to Ghana to “come in through the right way, with the right travel documents. Come and do lawful business and nobody will worry you. But this everyday crime, petty crime business, I can assure you that you will not know peace so far as you engage in it.”

The immigration chief also cautioned landlords to be mindful of individuals to whom they rent out their properties, and asked them to do proper background checks on potential tenants.