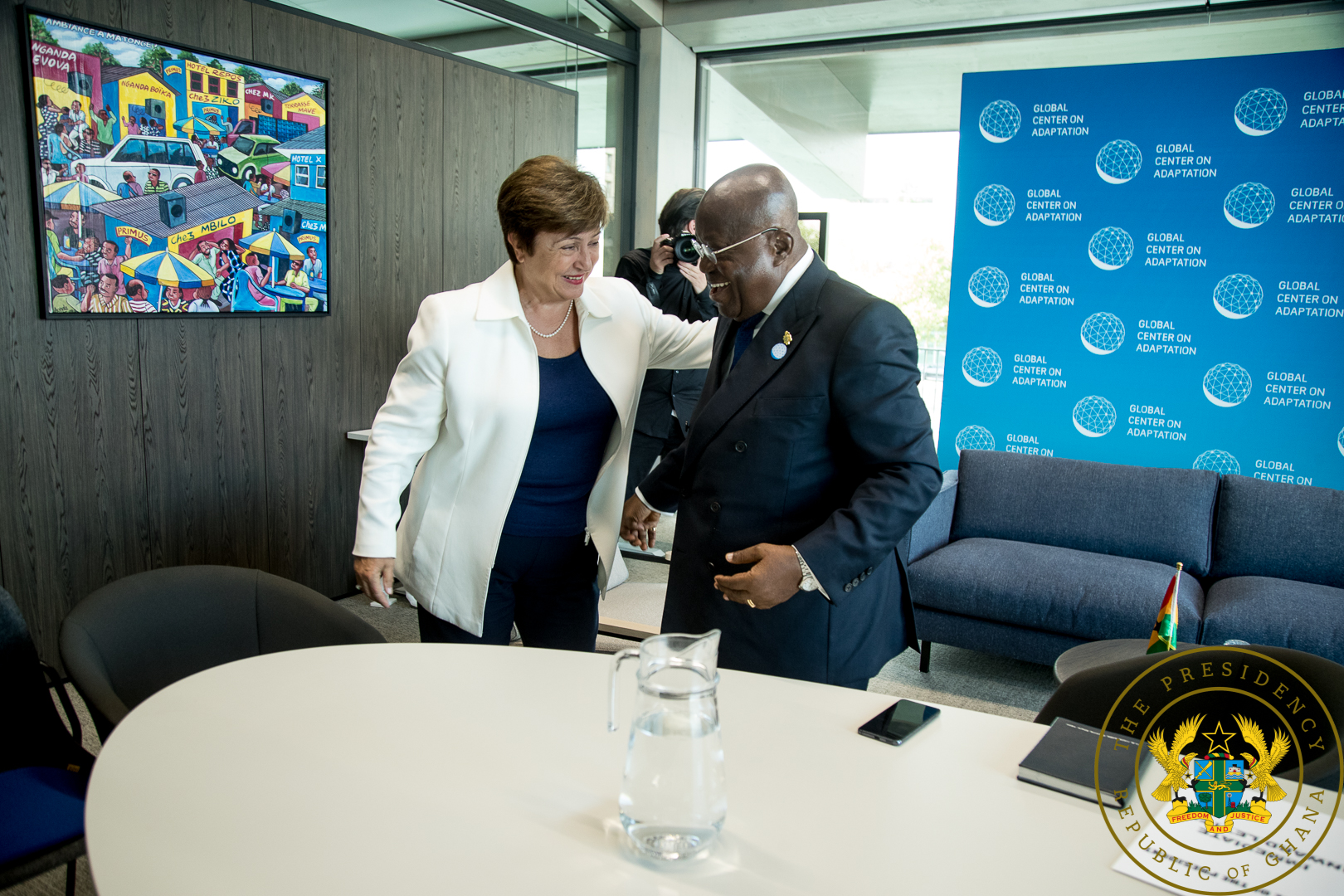 The International Monetary Fund (IMF) says a deal with Ghana should be reached and finalised before the end of the year.

Already, very constructive discussions have been held and the fund is determined to work with the Ghana government and the Ministry of Finance to ensure that an agreement is in place before the end of the year.

The Managing Director of the IMF, Kristalina Georgieva, gave the assurance in a closed-door meeting with President Nana Addo Dankwa Akufo-Addo yesterday[September 5, 2022] on the sidelines of the Africa Adaptation Summit, a conference on climate change, in Rotterdam, The Netherlands.

“We understand the urgency and we will move as quickly as possible,” she told President Akufo-Addo.

Ghana is before the IMF for US$3 billion to help the country navigate through the hostile economic crisis in which it finds itself as a result of the adverse effects of the deadly coronavirus disease (COVID-19) pandemic and the ongoing conflict between Russia and Ukraine.


Already, a delegation from the IMF, led by the Mission Chief for Ghana, Carlo Sdralevich, has visited Ghana and held initial discussions with the Ministry of Finance on a possible IMF-supported programme.

Describing Ghana as a “superb country”, Ms Georgieva said the country’s current economic challenges were not locally generated but were as a result of external shocks. 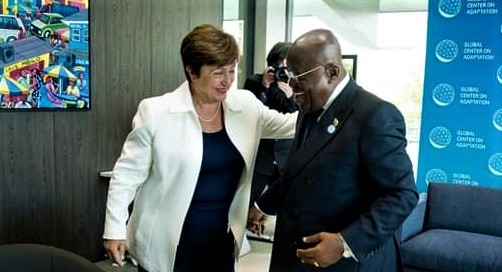 She said contrary to some narratives that Ghana found itself in the current situation due to the bad policies of the Akufo-Addo administration, the factors were exogenous.

“Like everybody on this planet, you have been hurt by exogenous shocks. First the pandemic, then Russia’s war in Ukraine. We need to realise that it is not because of bad policies in the country but because of this combination of shocks and, therefore, we have to support Ghana,” the IMF boss said.

She further indicated that Ghana, a member of the IMF, “is a strong country with fantastic people”, and as such it was incumbent on the fund to lend the country support.

President Akufo-Addo said a lot of work had been done by his Cabinet and the Ministry of Finance, and that the document to be presented by Ghana “is ready for the scrutiny of the IMF”.

He explained that Ghana was turning to the IMF for support to repair its public finances as a short-term solution.

“We have decided to seek the collaboration of the IMF to repair, in the short term, our public finances, which have taken a severe hit in very recent times, while we continue to work on the medium to long-term structural changes that are at the heart of our goal of creating a Ghana Beyond Aid; that is, building a resilient, robust Ghanaian economy,” he said.

It is to lay the foundation for an adaptation breakthrough for Africa at COP27, a climate change conference at the initiative of the United Nations (UN).

It has brought together global leaders from across governments, international organisations, multilateral development banks, the private sector, mayors, civil society, youth leaders and other stakeholders to raise the ambition on adaptation action for Africa.