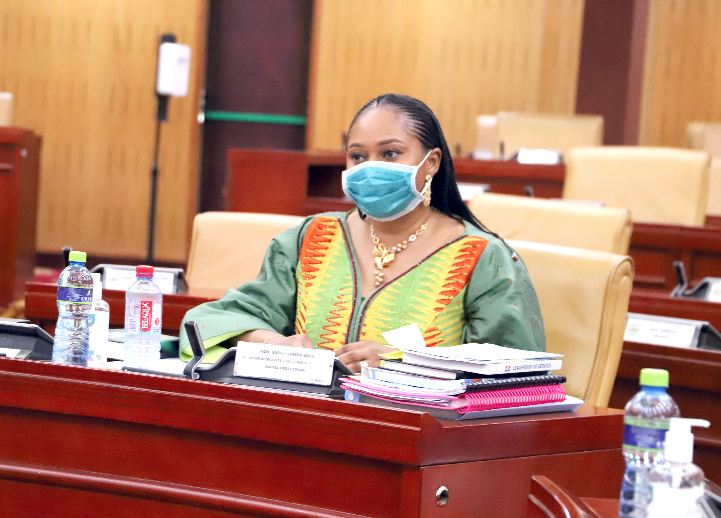 The Minister designate for Gender, Children and Social Protection, Miss Sarah Adwoa Safo, has revealed her plans to rebrand ‘witches camps’ to serve as homes to the people who found themselves there if given the nod to head the ministry.

Witches camps have been cited for human right abuses and there have been several calls from the public to close down the camps.

Answering questions at Parliament’s Appointments Committee, she said the approach of the past had not worked, for which reason the new approach would be more collaborative.

The minister designate said she would consider restructuring the camps to make them more comfortable for the people living in them.

Ms Safo said she would also educate the women for them to know that the abuses meted out to them were not legal so they could speak out and report such abuses to the police.

“Attempts to withdraw these women have proven difficult in the past, that is why I believe that another and a novel approach to dealing with the matter will be more prudent,” she explained.

The minister designate  said if they saw the camps as homes and the ministry supported them with the necessary social amenities, gave them food, clothing and put on the Livelihood Empowerment Against Poverty (LEAP), the negative tag attached to the witches camps would be erased.

Commenting on Lesbian, Gay, Bisexual, Transgender, Queer and Intersex (LGBTQI) issues, she said practising such sexualities was criminal in the country and that was non-negotiable.

She said not only did the Ghanaian culture and customs frown on such actions but it was also criminal under the laws of the country.

“The issue of LGBTQI is an issue that when mentioned creates some controversy but what I want to say is that our laws are clear on such practices. It makes it criminal.

“On the issue of its criminality, it is non-negotiable, on the issue of cultural acceptance and norms too. These practices are also frowned upon and that is my stand on it,” the minister designate stated.

Ms Safo also indicated that she would review all policies concerning orphanage homes, saying that was to enable her to ascertain their weaknesses and strengths.

“When I get to the ministry, I will review existing frameworks and see where we need to tighten up to make it more regulated, more modern, more human right sensitive and not be used as a tool to extort,” she stated.

Ms Safo said she wanted to live a legacy touching the lives of others.

“God used powerful women in the Bible like Deborah, Esther to impact the lives of many. This ministry deals with the most vulnerable in our society, this will be an opportunity for me to impact many lives positively,” she said.