I have not congratulated any person - John Mahama 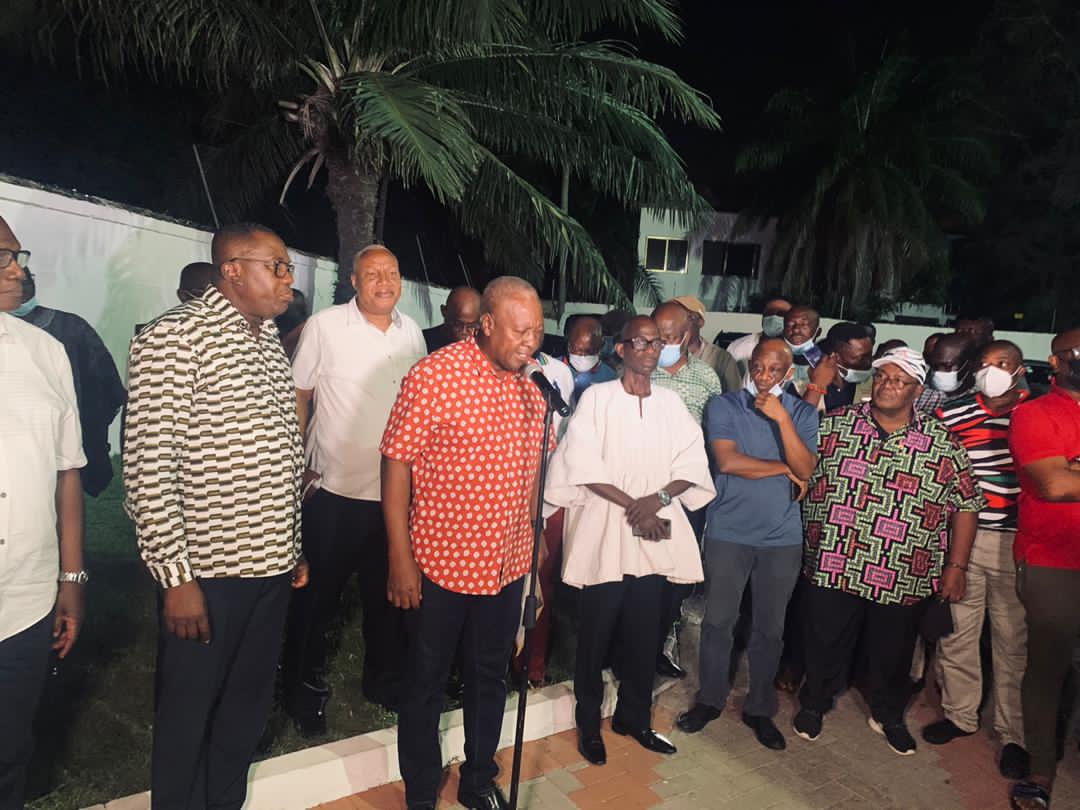 The Presidential candidate of the National Democratic Congress (NDC) John Dramani Mahama says he has not congratulated any person for winning the 2020 presidential election.

"I want to state categorically and firmly, that I have not congratulated any person. And no attempt should be made to steal this election, we will resist it."

"Ghanaians are tired of Akufo-Addo and his government. We thank the electorate for giving us a working majority in Parliament, 140 seats in Parliament, which is a majority and no attempt should be made to subvert that."

"I have looked at the results we've collated so far and I'm excited and I'm happy with the results and we've won in 10 regions out of 16 and the Ghanaian people have expressed confidence in us and we will resist any attempt to subvert the will of the people."

Mr Mahama said some of the things that are happening is "unacceptable and Nana Akufo-Addo continues to show credentials that are very undemocratic, you cannot use the military to try and overturn the results in constituencies that we have won."

He said the right thing must be done and the NDC has collated its results and will give further details later and urged NDC supporters to remain calm and "we wait for the final verdict."

Watch a video of the media briefing below

Graphic Online's Emmanuel Ebo Hawkson, who was at the campaign office of Mr Mahama at Cantonments reported that Mr Mahama insisted that he was on course to win the Presidential election.

He has accordingly refuted a letter speculating on social media which purported to show that he had conceded defeat.

“I have not congratulated any person and no intention should be made to steal this election. We will resist it,” he said.

The former President was addressing party supporters and the media at his campaign office at Cantonments in Accra .