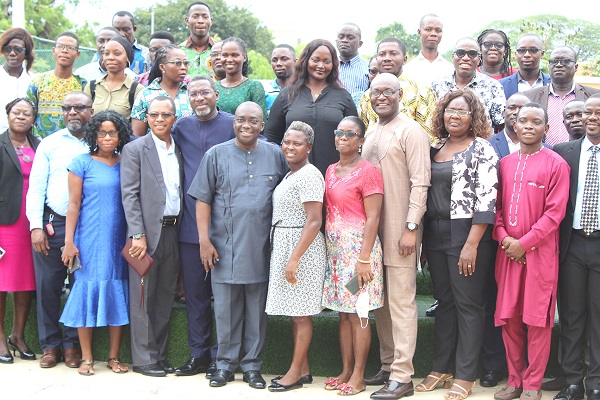 The theme reinforces how investments in malaria save lives and provide a path to improving economic growth to achieve a safer world.

The symbolic choice of Hohoe for this year’s WMD is linked to the fact that the municipality is one of the six malaria pre-elimination areas in the country.

“This indicates the progress made in reducing the incidence of malaria over a number of years through the effective implementation of multiple interventions,” the Deputy Regional Director of Public Health, Dr Senanu Kwesi Djokoto, said.

He stated that the Ghana Health Service was impressed with the support from traditional, religious and political leaders, as well as all other stakeholders in the fight against malaria.

“We have been privileged in the Volta Region to have most of our respected chiefs being frontline advocates in the fight against malaria,” Dr Djokoto told the Daily Graphic in Ho last Wednesday.

Dr Djokoto disclosed that sub-Saharan Africa continued to carry the heaviest malaria burden, accounting for about 95per cent of all malaria cases and 96 per cent of all deaths in 2020.

He stated that about 80 per cent of malaria deaths in the region were among children under five years of age.

“Ghana accounts for 2.1 per cent and 1.9 per cent of the global malaria cases and deaths, making it one of the top 10 highest malaria burden countries in the world,” he stated.

According to Dr Djokoto, the Volta and Western regions have the highest malaria burden, combining to account for 47.4 per cent of the country’s prevalence rate.

He said malaria, though deadly, was a preventable disease that should not kill anyone.

“Sleep under a long-lasting insecticide-treated net every night and throughout the night, ensure you test for malaria before treatment and complete your malaria treatment as prescribed,” he advised.

The national commemoration of World Malaria Day will be under the chairmanship of the President of the Volta Region House of Chiefs, Togbe Tepre Hodo IV, while the keynote address will come from the Regional Minister, Dr Archibald Yao Letsa, who is a senior public health physician.

The occasion will be graced by the Minister for Health, Mr Kweku Agyemang-Manu; the Director-General of the Ghana Health Service, Dr Patrick Kuma-Aboagye and the World Health Organisation (WHO) Representative in Ghana.
Word Malaria Day is an annual event to raise awareness and educate the populace on malaria.

The day is also used to highlight malaria control interventions, treatment choices and achievements, as well as call for increased support and the continuous use of preventive measures.

Despite the government’s efforts between 1960 and 2000, malaria continued to be one of the leading causes of premature death in the country, which birthed the NMCP. Known at first as the Malaria Control Unit, it was under the Public Health Department of the Ministry of Health but now under the Disease Control Unit.

The government launched an aggressive Roll Back Malaria (RBM) initiative in 1999 that emphasised the strengthening of health services through multi and inter-sectoral partnerships and making treatment and prevention strategies more widely available.

In the year 2000, the first National Malaria Strategic Plan (2000-2010) was developed with the goal to reduce malaria specific morbidity and mortality by 50 per cent by the year 2010, thereby involving a broader group of stakeholders.

Since that time, new and effective interventions such as the treatment of uncomplicated malaria using artemisinin-based combination therapy (ACT), malaria prevention in pregnancy through the use of sulfadoxine-pyrimethamine and indoor residual spraying have emerged.