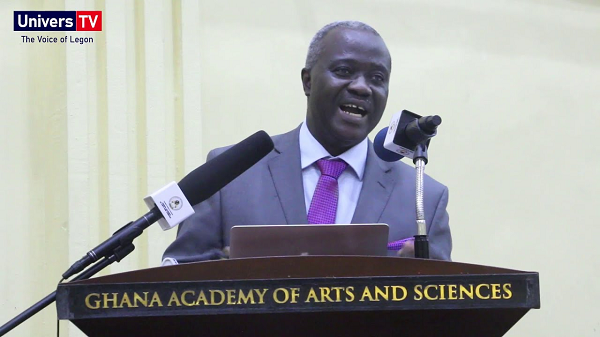 The Vice Chancellor (VC) of the University of Health and Allied Sciences (UHAS), Professor John Owusu Gyapong, says the Volta Regional capital, Ho, can remain one of the cleanest cities in the country if acts that pose as challenge to sanitation, including littering, are checked.

Prof. Gyapong said a lot of benefits had been accrued from investing in sanitation and urged the leadership of the region not to relent in its efforts.

He noted that since the outbreak of COVID-19 pandemic hand washing had made a huge impact in the reduction of various sanitation-related diseases, including diarrhoea and cholera, which indicated the importance of sustaining the intervention and ensuring access to potable water for communities.

At the Graphic/Zoomlion Regional Sanitation Stakeholders Dialogue in Ho last Friday, Prof. Gyapong, who is also a Public Health Physician and Epidemiologist, called for measures to eradicate open defecation which had been linked to the contamination of ground water.

The VC of UHAS said the management of landfill sites had not been the best as it had also been linked to the contamination of water bodies, which should be of concern to all stakeholders.

Prof. Gyapong said the current challenges, however, presented an opportunity for tertiary institutions such as the UHAS and the Ho Technical University to collaborate in finding solutions to the menace.

He commended Zoomlion for demonstrating that it was up to the task in waste management.

He, however, expressed concern that sanitation truck operators did not prioritise waste sorting, an exercise already being implemented by students of UHAS.

The situation, he indicated, was demoralising students who had complained that their sorted waste was always dumped into the same space, rendering their efforts pointless.

Prof. Gyapong said the call for attitudinal change could not be stressed enough since it was vital to the fight.

In a four-point presentation on impact, a Deputy Director at the Ministry of Sanitation and Water Resources, Mr Kweku Quansah, reiterated that sanitation was a shared responsibility.

He said in order to win the sanitation fight, attitudinal change, better financing, infrastructural improvement and enforcement of sanitation laws were key.

Making reference to the latest Afrobarometer Score Card to track the progress of SDG performance released a fortnight ago, he said, “We have improved a bit as a country in the access to provision of toilets with 33 per cent coverage.”

That, Mr Quansah said, indicated that a lot of work had been done towards the eradication of open defecation.

The Ho Municipal Chief Executive, Mr Prosper Pi-Bansah, indicated that the assembly had made several efforts and introduced initiatives to ensure that sanitation was improved in the municipality, including mandatory clean-up exercises.

He urged stakeholders to collaborate for the municipality to maintain its admirable lead as one of the cleanest cities.

A Senior Communications Officer of Zoomlion, Mr Adams Mahama, said the sanitation company had kept its end of the bargain in keeping the country clean, and as such it behoved other stakeholders, including the citizenry, to play their parts.

The Volta Regional Manager of Zoomlion, Mr Solomon Denyo, said there was the need to sustain education with carefully crafted communication which was sure to lead to behavioural change.

He, however, raised concerns about poor access to places in need of waste management services.

Mr Denyo said informal waste collectors had taken advantage of the situation and were disposing of waste indiscriminately.

With 14 other regions to cover, the stakeholders’ dialogue held in the Volta Region was the GCGL’s second in a series since the maiden dialogue in Kumasi, the capital of the Ashanti Region. #GraphicCleanGH