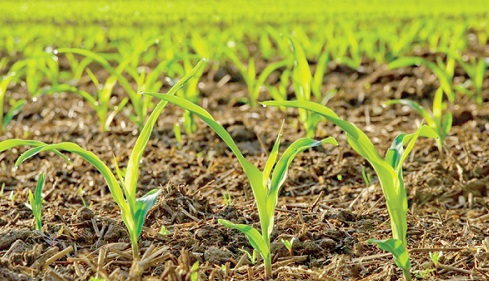 Fertilizer producing companies in Europe, US and the UK have either shut down or significantly reduced their production capacity because of high cost of natural gas, which is the key raw material for the production of fertilizer.

A major fertilizer producer, Yara, in the latter part of last year, announced its decision to curtail production because of “record-high natural gas prices in Europe”.

The situation is giving a gloomy global picture of the seriousness of food security not just in the fertilizer producing countries but the world over.

Ghana relies 100 per cent on imported fertilizer and a hike in the global prices and or the absence of the commodity directly affects us as a country.

The introduction of the flagship agricultural policy, Planting for Food and Jobs, has really exposed to the farmers the benefits of using fertiliser. Indeed, the subsidized fertilizer has played a significant role in the increase in production, leading to food security.

Until the introduction of the flagship programme, fertilizer usage in Ghana was as low as eight kilogrammes (kg) per hectare, compared to the current 28 kg per hectare though significant, is still not up to the recommended global usage of 130kg per hectare.

The price hike of fertilizer and the near absence of the product on the world market is, therefore, a call for Ghana to find innovative means to address the shortfall of the commodity.

One of the best ways is for the Ministry of Food and Agriculture to get its extension officers to encourage farmers to turn to the use of organic fertilizer to compliment the inorganic, which is almost out of reach of the ordinary farmer.

Consequently, last Tuesday, the officials of the Ministry of Food and Agriculture, led by the Minister, Dr Owusu Afrieyie Akoto, held a discussion with 18 local fertilizer producers on ways to step up the production of quality organic fertilisers.

The meeting was to enable the ministry to know what they are doing now, their production capacity and their projections for the years ahead so that based on that the ministry will be able to convert the quantities they are producing to acreages they can cover.

“Once we are able to establish that we know that if we have about 1.7 million hectares under maize and what they are producing can do 500,000, then we know that there is still a gap,” the Technical Adviser to the ministry, Emmanuel Asante Krobea, told the Daily Graphic.

Speaking on the meeting, Dr Akoto said the expectation was that local fertilizer producers would produce quality organic fertilizers on a large scale for use by farmers.

According to the minister, organic agriculture had taken a huge premium on the international market, for which reason the mass production of quality organic fertilizers would make the country less dependent on inorganic fertilizers.