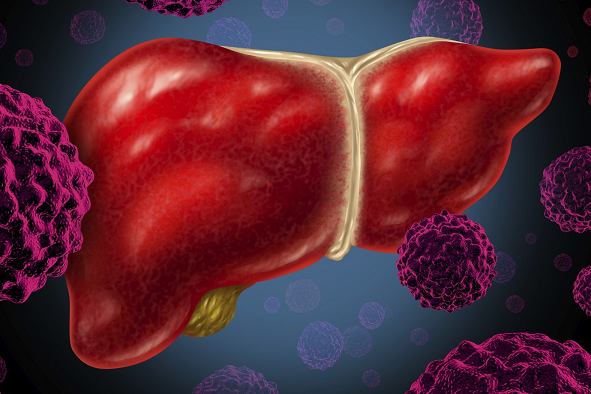 Many of the liver cancer cases being reported in the country are due to Hepatitis B and C infection, two virologists have disclosed. While the Programme Manager of the National Viral Hepatitis Control Programme of the Ghana Health Service (GHS), Dr Atsu Godwin Seake-Kwawu.

Liver cancer cases have been on the increase due to better reporting in Ghana Health Service hospitals. The number increased from 637 cases reported in 2019 to 873 in 2020 and 1,316 last year.

The number excludes those reported in teaching, private and Christian health facilities. The virologists spoke in separate interviews with the Daily Graphic on hepatitis management and prevalence in the country.

They explained that once Hepatitis B and C got to the stage where the liver developed cancer, the chances of one’s survival were limited.

“Liver cancer actually gives you a maximum of only six months to live. You don’t get liver cancer and go for radiotherapy or chemotherapy, it will kill you. It kills,” Dr Seake-Kwawu stated.

For his part, Dr Bonney explained that while replacement of a cancerous liver could be done, the success rate was negligible. “It’s quite difficult because only a few cases survive although the patient will have to take a lot of medication to ensure that the body accepts the organ that has been placed in. In some cases, the body naturally rejects the transplant. Sometimes even the body colour changes,” he indicated.

The two virologists called on the adult population to avail themselves of Hepatitis screening in order to access early care.

“When you are looking at liver cancer, you are looking at the end of a disease that started many years ago for which the opportunity for prevention existed, but these were missed and the result is what you will be seeing,” Dr Seake-Kwawu added.

They said the introduction of vaccination of children against the disease in 2002 had yielded a 98 per cent coverage of children.

According to the experts, the situation was not the same for adults who had to screen for the virus before they were vaccinated.

Dr Seake-Kwawu and Dr Bonney agreed that adults did not present themselves to be screened for the disease.

“Screening programmes have not reached the masses of our population. Currently, very few people know their status so far as hepatitis is concerned,” Dr Seake-Kwawu added.

The generally low screening level among the adult population and the test for the virus not being free, except when voluntarily donating blood were some of the reasons accounting for the adult hesitancy in screening.

“It is not something that people intentionally go to the hospital to screen for, unless a group or somebody is doing a medical outreach, then they go and test to know their status or when a doctor suspects the presence of the virus and calls for the test,” Dr Bonney added.

The Programme Manager of the National Viral Hepatitis Control Programme appealed to the National Health Insurance Authority (NHIA) to extend its coverage to the screening and medication for hepatitis, adding that the private sector could also do free screening exercises for their employees.

He said the cost of screening at a laboratory averaged GH¢30, adding that for adults’ uptake of screening to increase, there must be a sustained campaign to encourage people to test to know their status and where they returned positive they could be enrolled for care.

“It should not be a solitary journey that only the person with the disease carries as a burden. You don’t have the money to feed let alone buy drugs. I know that the NHIS is being called upon to include one thing or the other but we must know that it is a scheme we are building for ourselves. If we need to put more money in as Ghanaians, that is what we have to do,” Dr Seake-Kwawu posited.

A national service person, Grace Asantewaa Asamoah, said she was driven to get screened and vaccinated against the disease because she became aware of its effects to the liver. She said she did that on her usual visit to the hospital.

“I got tested because it’s important to know your status and protect yourself against it,” she said. For Isaac Manu, a teacher, even though he knew what hepatitis was, he had not gone for the test.

Hepatitis is very broad, which according to Dr Bonney, included viral hepatitis, alcoholic hepatitis and pathogens that cause hepatitis. Viral hepatitis is prevalent in the country and within that category were Hepatitis A, B, C, D and E.

When the virus affects the liver, it hardens it and eventually develops into cancer. Dr Bonney said Hepatitis A and E were infectious Hepatitis, while B and C were serum Hepatitis.

Providing further explanation, he said Hepatitis A and E were not usually heard of because they were self limiting, meaning when they attacked they went away by themselves, without rigorous medication. He said Hepatitis A was usually found in children and the virus was found in contaminated food or water.

Hepatitis E on the other hand, Dr Bonney explained, was dangerous for pregnant women, especially those in their second and third trimesters because it could cause them to have spontaneous abortion. The researcher explained that Hepatitis B and C were the ones that could lead to cancer and pointed out that they were usually transmitted through sexual intercourse, exposure to or sharing objects that had been contaminated with the virus, mother to child transmission during childbirth and blood transfusion from an infected person.

Hepatitis C is usually common among those who inject drugs, Dr Bonney said, explaining that if the instruments used in that exercise were contaminated with the virus, a person could get the disease.

For Hepatitis D, the virus is innate and can only be present in somebody who has Hepatitis B, meaning without having B, one cannot get it. If B and D were present, the disease would be severe, Dr Bonney said.

The National Viral Hepatitis Control Programme Manager said an estimate published in 2016 put the prevalence rate of hepatitis in the country at 12.3 per cent, which was far above the eight per cent prevalence threshold.

Dr Seake-Kwawu said much of hepatitis infections were through mother to child, from a pregnant infected mother to the baby during delivery.

For reasons still being investigated, Hepatitis B and C were dominant in the regions of the north, which he said, could be due to factors such as inadequate access to care and situations that permitted the exchange of body fluids from infected persons.

“What we realised is that in Ghana, as one moves from the south to the north, the prevalence goes up. In the past, we were thinking it was the result of the ‘wanzams’ who circumcised and marked the faces of people with instruments that were not properly sterilised,” Dr Bonney, who has done studies on hepatitis in the country, stated.

For Hepatitis C, Dr Seake-Kwawu said it was currently curable while for B, the infection could be suppressed to the stage where the infected persons could lead normal lives.

That, Dr Seake-Kwawu explained, was because the disease came in stages and it was not every stage that required medication.

“It is when the liver is being actively destroyed that treatment becomes crucial because any delays will get the liver damaged,” he stated.

Dr Bonney said initially when one got infected with the virus, one might not have any symptoms.

Later, unspecified symptoms such as flu-like symptoms, headaches and rise in temperature might occur which could all be mistaken for other ailments unless a test was done.

On efforts being made by the GHS to eradicate the disease, Dr Seake-Kwawu said the GHS was in the lead to ensure that all children were protected and vaccinated from all diseases including hepatitis.

He added that the service was also working on addition of birth dose vaccination and that once the studies were concluded and evidence presented, birth dose would be implemented.

The National Viral Hepatitis ControlProgramme Manager said the GHS was also looking for partners to work towards ensuring that care reached various parts of the country and not only in Accra.

World Hepatitis Day is observed every year on July 28 to bring the world together under a single theme to raise awareness of the global burden of viral Hepatitis and to influence change.

‘I can’t wait’, the theme for this year, highlighted the need to accelerate the fight against viral hepatitis and the importance of testing and treatment for the real people who need it.

Similarly, decision-makers cannot wait and must act now through political will and funding to make hepatitis elimination a reality.