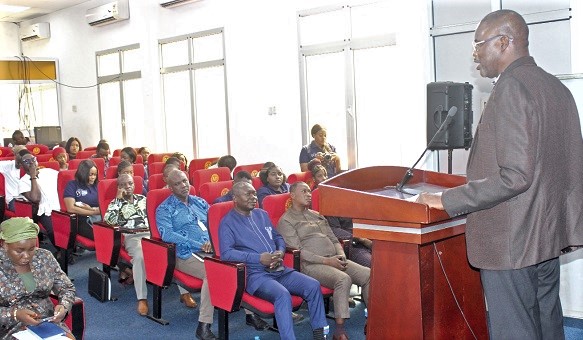 The Ghana Water Company Limited (GWCL) has said it is currently mobilising an average monthly revenue of GH¢9.3 million from electronic payment of water bills.

The Managing Director of GWCL, Dr Clifford A. Braimah, who made this known at a press conference in Accra yesterday (Thursday, December 22), said the electronic billing and payment system introduced in 2015 was improving revenue mobilisation and, therefore, urged customers to adopt the electronic mode of transacting business with them.

He indicated that in 2018, GWCL joined a network of water service providers, known as the WaterWorX, to support one another in realising access to reliable and affordable water services.

He said WaterWorX had since 2019 funded 3,600 connections in low-income communities alongside 34 kilometres of network extensions.

“In the next 18 months, 2,100 additional subsidised connections will be funded by WaterWorX.

“These interventions are expected to benefit over 75,000 people directly and three times the same number indirectly,” he said.

Dr Braimah said the GWCL had deployed drones in the Upper West, Western and Eastern regions to monitor the quality of its raw water sources.

He said drones had also been deployed to read 509 meters installed at Tetegu, a low-income community, in less than 20 minutes since the September billing cycle.

Dr Braimah indicated that the company was working to reduce non-revenue water by one per cent annually by using technology.

“GWCL is extending distribution mains in all the regions to increase water supply. Such encouraging results amid all the challenges are an indication that the company is on track,” he added.