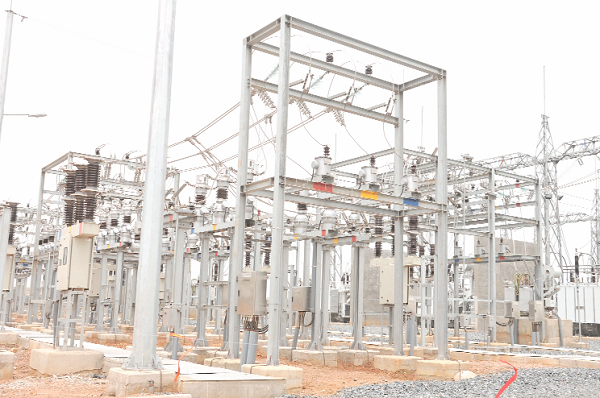 Power transmitters, GRIDCo, has given an assurance that there is adequate power generating capacity to meet electricity demand in the country.

It said relevant stakeholders in the power sector value chain were also working together to ensure consistent supply of power to consumers.

The assurance comes in the wake of a nationwide power outage last Sunday which lasted about two hours.

Last Sunday, GRIDCo, in a statement, blamed the problem on a challenge experienced in the power system which led to a total system shutdown.

It explained that the total power system shutdown was due to a technical fault on one of the major transmission lines between Prestea and Obuasi.

It said the situation led to overloads on other adjacent transmission lines, leading to a sequence of trips and an eventual power system shutdown in the country.

Restoration works by the technical team began immediately and power supply was restored to all bulk supply points (BSPs) at 6:30 p.m. that same day.

Meanwhile, the Executive Director of the Institute for Energy Policies and Research (INSTEPR), a civil society organisation (CSO), Mr Kwadwo Poku, has advised the government to engage the private sector and CSOs to find a solution to power sector challenges.

"The institute would like to advise the government to, as a matter of urgency, engage the private sector and CSOs to draw a comprehensive road map to solve these power sector problems once and for all," he said.

Commenting on last Sunday’s nationwide power outage, Mr Poku said in its outlook for 2021, the organisation had warned that there were problems such as transmission and distribution infrastructure in the energy sector yet to be resolved.

According to him, the latest nationwide power outage was caused by a fault on transmission lines between Prestea and Obuasi which he described as unfortunate.

He added that if the old infrastructure was not upgraded, "this type of power disruption will happen very frequently in 2021 and beyond".

"At this rate, most of our distribution and transmission lines have to be expanded and old ones upgraded to stop the overloading," he said.

According to him, the completion of the 161kV Dankwa-Anyanfuri-Asawinso and the 161kV Aboadze-Prestea-Dunkwa transmission corridors would help improve power delivery across the country.

Mr Poku said when the Compact II Agreement with the US was terminated because of issues over PDS, the government had to find over $700 million investment to revamp the sector.

"We can pretend as a nation that this investment is not needed immediately and knock the can down the road to be faced with the harsh reality of constant power outages," he said.