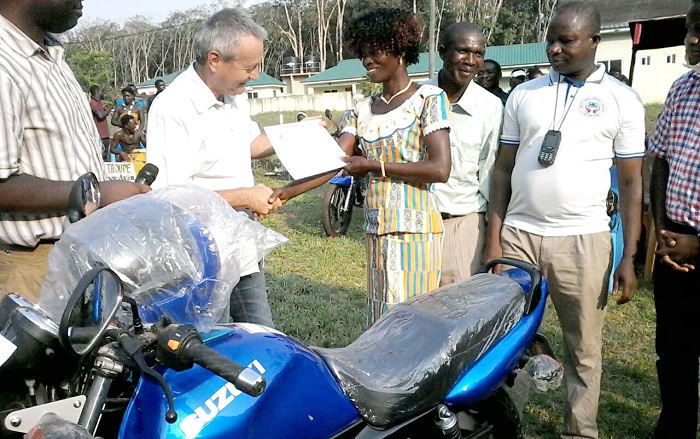 The management of Ghana Rubber Estates Limited (GREL) has committed GH¢200 million to expand the operations of the company.

The investment drive, which the company said would be executed in two phases over 10 years, involves the construction of a new rubber processing factory this year at its present location at Apimanim in the Ahanta West District of the Western Region.

The Managing Director of GREL, Mr Lionel Barre, who announced this at the company's 2016 staff awards held at Apimanim in the Ahanta West District of the Western Region, said the first phase of the project was expected to be completed in 2019.

Besides the new factory, existing processing facilities would be rehabilitated, while new equipment and inputs would be procured for the smooth operations of the company, he added.

He said depending on the stability of the economy and international price of rubber, the second phase of the programme would follow immediately after the first phase was completed.

Mr Barre said the expansion programme would create employment for about 2,000 people, mostly the youth in the catchment area of the company.

Many of the youth in the area are currently engaged in illegal mining activities (galamsey) in various parts of the district, including the company's rubber plantations.

According to the management of GREL, the expansion programme was also envisaged to provide a stable market for the rising number of outgrower rubber farmers.

The managing director further indicated that the new investment programme would enable the company to increase its revenue to generate more dividend for shareholders. It would also increase the company’s corporate social responsibility (CSR) investments.

Mr Barre, therefore, appealed to both workers and members of the community to support the long term vision of the company to enable it to realise its objectives.

A total of 36 workers received awards and recognition, with Ms Elizabeth Cobbinah and Ms Afua Nuamah, both of the production unit of the company, emerging joint best workers. Mr Edward Aggrey of the factory/stores unit was adjudged the best worker in the men’s category.

Each of them received motorbikes, certificates of honour and citations.