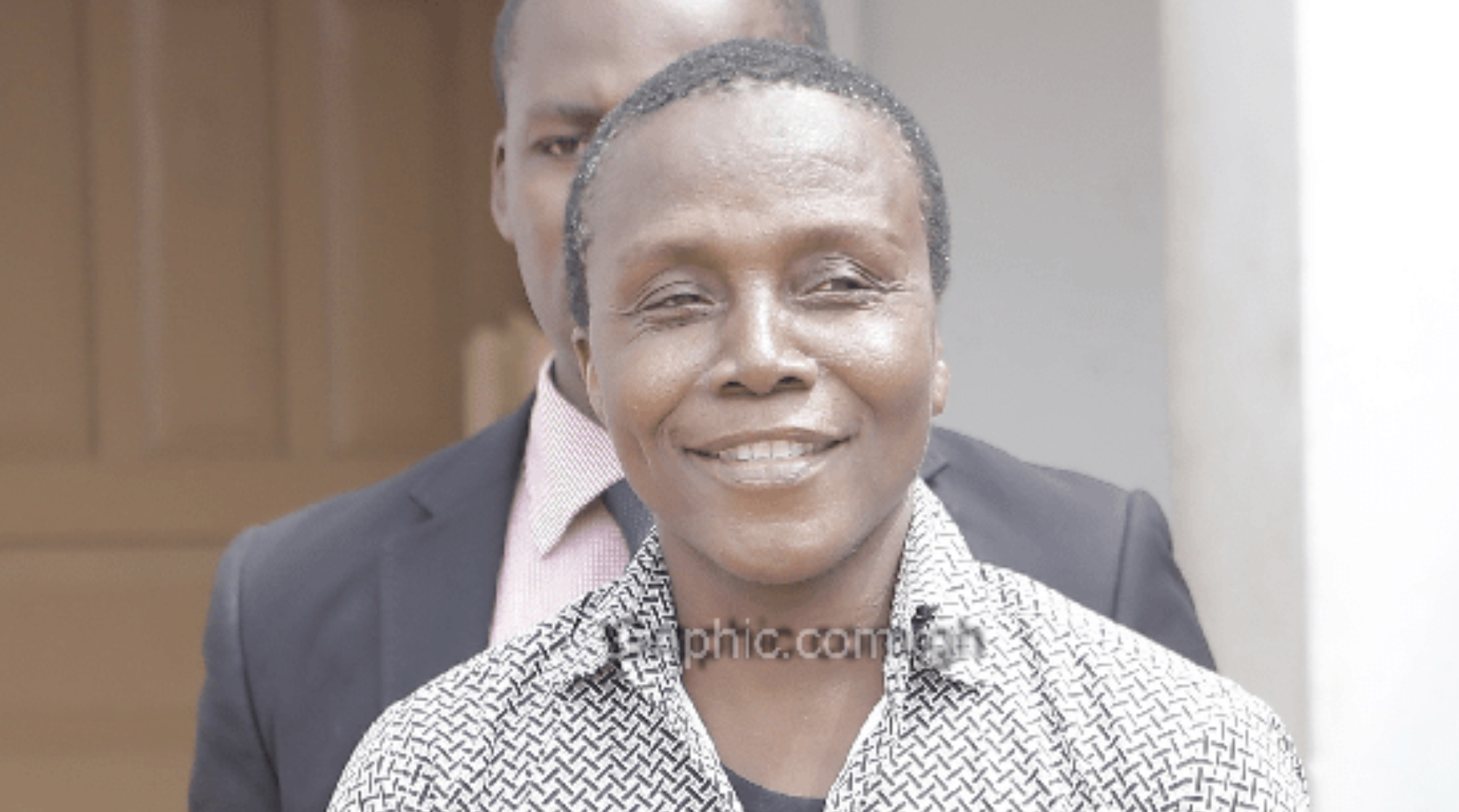 The family of Gregory Afoko, the man accused in 2015 of the murder of Alhaji Adams Mahama, the then Upper East Regional Chairman of the New Patriotic Party (NPP), says he is alive and healthy.

“The Royal Ayieta family of Sandema, wishes to inform all, that the news trending about Gregory Afoko’s demise is false. Greg is in some form of good health and has in the past week even tested negative for Covid-19,” a statement issued Saturday afternoon (November 21, 2020) by Robert Atong Asekabta, Spokesperson for Ayieta Family in Sandema said.

”This malevolent false news is without credibility. The hidden hands behind it are doing so to achieve a certain evil outcome,” it added.

The statement said Afoko has been held unlawfully in BNI custody in solitary confinement for over a year.

The family’s statement followed a publication on a news portal and on social media that Gregory Afoko was dead and that he died Friday night.

Afoko and his alleged accomplice, Asabke Alangdi are standing trial at the Accra High Court on two counts of conspiracy to commit murder and murder.

They have denied any wrongdoing and pleaded not guilty to all the charges.

At the trial on Monday, November 9, 2020, Afoko was absent, Graphic Online’s Emmanuel Ebo Hawkson reported from the court.

It was revealed by the prosecutor that he had been hospitalised the previous day.

Ms Marina Appiah Oppong, a Chief State Attorney, said the prosecution was ready to call its first witness to testify but could not do so because Afoko was unavailable.

“The investigator informed me that Afoko has been taken ill and is receiving medical attention,” she said.

In view of that, the court presided over by Justice Afua Merley Wood, a justice of the Court of Appeal sitting as a High Court judge, adjourned the trial to November 24, 2020.

His lawyers had been complaining that he has a recurring condition.

Initially, Afoko was the only one standing trial

Afoko’s trial started in 2016 and was nearing completion after the prosecution and the defence had closed their cases.

However, on January 28, 2019, the A-G filed a nolle prosequi to discontinue the trial following the arrest of the other suspect, Asabke Alangdi, who had been on the run since the incident occurred in 2015.

Alhaji Mahama suffered severe bodily injuries after a substance suspected to be acid was allegedly poured on him in front of his house in Bolgatanga on May 20, 2015.
He later died from the injuries at the Bolgatanga General Hospital.

After more than three years of trial, the Attorney-General (A-G) filed a nolle prosequi on January 28, 2019, to discontinue the trial following the arrest of Alangdi.

Afoko challenged the nolle prosequi by filing a case at the Supreme Court, but on June 19, 2019, the apex court dismissed the case on the premise that Afoko failed to prove that the nolle prosequi was capricious, unfair and arbitrary.

According to the facts of the case, on May 14, 2015, Gregory’s brother, Mr Paul Afoko, and Mr Kwabena Agyepong, then National Chairman and General Secretary respectively of the NPP, arrived in Bolgatanga for a meeting.

Adams Mahama, the prosecution claimed, organised some thugs to violently attack the two, scuttling the planned meeting at the Azumsolon Guest House, accusing them of campaigning against the flag bearer, Nana Addo Dankwa Akufo-Addo, and also not notifying him (Mahama) of the meeting.

The situation, according to the prosecution, was later brought under control by the police, adding that Gregory, who was then upset, confronted Mahama but was chased away by some thugs.

The facts also claimed that Gregory and Asabke Alangdi formed another youth group in their bid to protect persons perceived to be against Nana Akufo-Addo.

It said Gregory and Alangdi held a series of meetings with the youth, and on May 20, 2015, they laid ambush at Mahama’s residence with a substance suspected to be acid.

“Mahama returned home around 11:10 p.m. in his pick-up vehicle, with registration number NR 761-14, and immediately he parked in front of his house, Gregory and Asabke went close and signalled him to roll down the glass.

“Mahama identified the suspects to be party members and rolled down the glass to talk to them. Suddenly, the suspects poured the substance, suspected to be acid, on his head, face and other parts of his body and fled on a motorbike.

“Mahama started screaming for help, and his wife, Hajia Zenabu Adams, went to his aid and managed to bring him out of the vehicle,” the prosecution said.

Below is a copy of the statement issued by the family

GREGORY AFOKO IS ALIVE AND HEALTHY

The Royal Ayieta family of Sandema, wishes to inform all, that the news trending about Gregory Afoko’s demise is false. Greg is in some form of good health & has in the past week even tested negative for Covid-19.

This malevolent false news is without credibility. The hidden hands behind it are doing so to achieve a certain evil outcome.

The family will hold the authorities individually and collectively responsible if anything untoward happens to Greg.

He has been held unlawfully in BNI custody in solitary confinement for over a year. Unlawfully because he had been remanded into prison custody by a court but was removed by force from the Nsawam prison to BNI custody where access to him has been excessively restricted.

These developments make us suspect that someone is hatching a sinister plan to harm our son. We are forced to call on the Builsa community and all those who GENUINELY believe in human rights to collectively save a soul who has been facing gross injustice at the hands of the state and its actors.