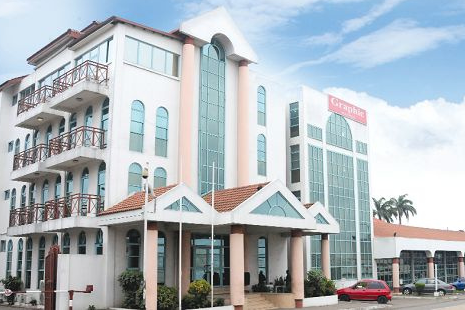 The first draw of the Graphic@70 Loyalty Promo has been held, with 70 winners receiving cash rewards.

At a ceremony in Accra yesterday, 70 winners, made up of 68 daily winners and two monthly winners for October, were rewarded with cash prizes.

The daily winners took away GH¢500 each, while each of the monthly winners received GH¢2,500.

All participants in the Graphic@70 Promo get into the daily draws.

With COVID-19 protocols being observed, the prospective winners were not present, but the event was beamed live on Facebook.

The first draw was conducted by the Sales and Circulation Manager of the GCGL, Mr Kwaku Tweneboah Ofosu, and a team from Afrifanom, formerly known as Vokacom, the technology partners for the promotion.

As the slips were picked, the winners were called on telephone to be informed and congratulated.

The Director, Marketing of the GCGL, Mr Franklin Sowa, in a short address, said all winners would receive their prize money via mobile money transfer.

He said most of the winners contacted by phone did not believe they had won, saying they would only believe it when they received the cash.

“Apart from rewarding the winners for being loyal readers, the Graphic Communications Group Limited (GCGL) also wants to make this Christmas memorable for them and so the cash prizes will be sent to them by electronic means,” he said.

The Graphic@70 Loyalty promo is being organised as part of the GCGL’s 70th anniversary to reward active and loyal customers of the media giant.

Launched last October, the promotion is in two categories — daily and monthly.

The other sponsor is Lalafio.com.

Readers of any of the GCGL's brands — the Daily Graphic, The Mirror, Graphic Sports, Graphic Showbiz, Graphic Business, Junior Graphic and Graphic Online, — are rewarded daily, weekly and quarterly with prizes worth over GH¢1 million.

The names of the winners for the months of October and November will be published for them to receive their cash prices.

To qualify, participants have to accumulate more points by views of live music performances on Lalafio.com. The more views accumulated, the more points are accumulated towards winning a car! 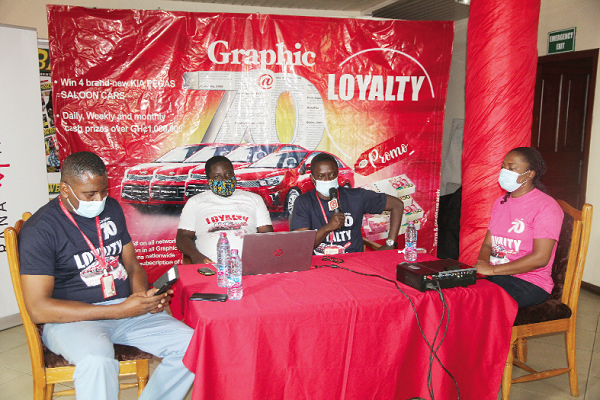