The Editor, Graphic, Kobby Asmah, has lauded newspaper vendors for their contribution to the growth of the Graphic brand and the local newspaper industry generally.

He has consequently urged them to find more innovative ways to effectively market and sustain newspaper sales and the bigger business of the entire industry.

Mr Asmah observed that the business of news gathering and dissemination largely relied on vendors whom he referred to as critical stakeholders in the growth of the newspaper industry, and said the Graphic Communications Group Limited (GCGL) would work to deepen collaboration with its vendors to enhance the growth of the company’s newspapers.

Mr Asmah made the comments during a meeting with key vendors in the Central Region last Friday as part of his working visit to the region.

He had earlier interacted with staff of the company in the region, and urged them to work harder to project the region through insightful stories.

Mr Asmah said there was the need for the vendors to increase visibility and innovate new business models to help GCGL to increase sales and growth.

He gave an assurance that the company was ready to effectively partner its vendors to expand sales and increase the circulation, subscription and readership of its newspapers.

Mr Asmah said the Graphic remained a giant in the newspaper industry, generating accurate, factual and objective news, articles and content, and urged the vendors to confidently sell the products of the GCGL.

He noted that although the print media was under siege, and circulation figures had dwindled over the years due to the advent of the Internet and later social media, the challenges confronting the industry were not insurmountable.

He said the GCGL still had integrity and credibility, and remained a major content generator in the media industry, adding that its products were still preferred for accuracy and truth. 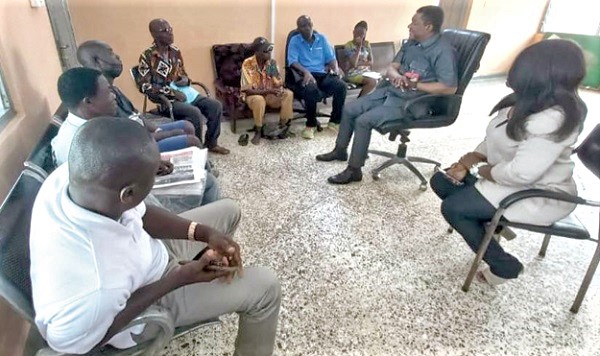 Mr Asmah, particularly, called for new business innovations such as door-to door and increased visibility to help reach out to more customers.

The vendors called for support in scholarships for their wards and for the reintroduction of end-of-year reward ceremonies for vendors.

He said the GCGL had been a critical partner in nation building, and was committed to partnering the Central Regional Coordinating Council to project the region and to tell its story objectively to accelerate its growth and development efforts.

He urged the Regional Coordinating Council to strengthen relations with Graphic Communications Group for mutual growth.

Mrs Assan pledged the Central Regional Coordinating Council’s commitment to raise the image of the region positively and to help attract the needed investments.

She called for more engagement with the Regional Coordinating Council to project the many initiatives in the region and to give the region a more positive image.