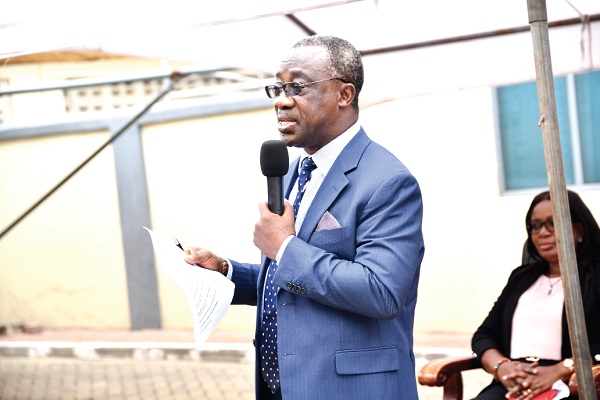 The Ghana Revenue Authority (GRA) has set up a 28-member task force to retrieve all outstanding revenue due the state.

Dubbed: "Operation collect, name and shame", the task force has entreated people in high places to stay off its way as it moves out to recover the due revenue.

The task force, which is made up of members of the Public Services Workers Union (PSWU) and the Ghana Revenue Authority Workers Union (GRAWU), is expected to publish in the media the names of defaulting businesses between now and the end of the year.

Being a combination of officials of the Customs Division and the Domestic Tax Revenue Division of the GRA, the task force is out "to do anything and everything" possible to rake in the needed revenue.

From the Customs Division has come four auditors, and field inspection and enforcement teams, while the Domestic Tax Revenue Division team is made up of a system audit and desk stop, examining and preventive units. 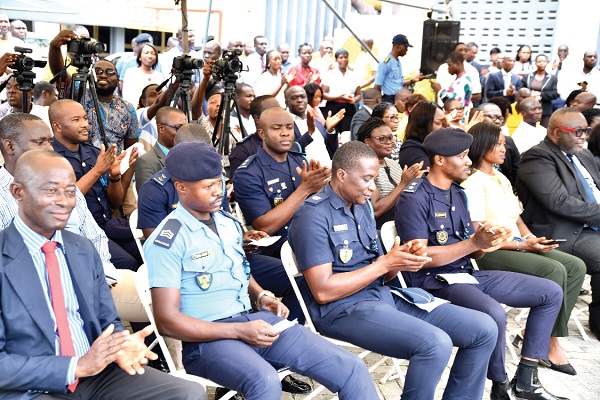 Speaking at the inauguration of the task force at the GRA Head Office in Accra yesterday, the Commissioner General of the GRA, Mr Emmanuel Kofi Nti, said revenue performance had not been as expected in the course of the year, hence the need to use all legitimate measures to increase revenue.

He expressed the hope that the establishment of the new task force, in addition to the Special Revenue Mobilisation Task Force, would help enhance revenue performance to attain desired targets for the year.

"You stepping out means you have become another face of the GRA and I need not remind you that the role you are about to assume now demands the greatest exhibition of the customer service skills acquired over the years, honesty and patience, no matter the situation you encounter," he admonished members of the task force.

Mr Nti further urged the task force to work in accordance with the tag line of the authority: “Integrity, Fairness and Service”.

He also cautioned that the authority would not hesitate to take disciplinary action, as enshrined in the Collective Bargaining Agreement, against any member of the task force who misconducted himself or herself.

The Coordinator of the task force, Mr Tweneboah Koduah, explained that low revenue collections had compelled the GRA to embark on the exercise.

"By stepping out, we mean doing anything possible to maximise revenue within the confines of the law,” he said, adding that the voluntary compliance strategy had not been effective over the years.

He cautioned against any external influence, warning that any influential person, whether politician or religious leader, who tried to stop the work of the task force would be exposed.

"I want to use this avenue to make it clear to them that they should stay off the authority for the GRA to perform its mandated duties," he added.
Mr Koduah further cautioned that anybody who attempted to influence members of the task force would be named and shamed.

Total revenue and grants for the first half of the year amounted to GH¢22.8 billion, compared with a programmed target of GH¢27 billion, resulting in a shortfall of 15.5 per cent, the 2019 Mid-Year Budget review stated.

However, compared with the performance in the same period last year, the figure represented a nominal increase of 7.8 per cent over the corresponding period in 2018.

Non-oil tax revenue, comprising taxes on income and property, goods and services and international trade (import duties), was 9.4 per cent below target for the first half of 2019.

The Minister of Finance, Mr Ken Ofori-Atta, said the plan was for revenue to recover in the second half of the year.

The revenue underperformance also affected the expenditure trends. Total expenditures (including arrears clearance) for the first half of the year amounted to GH¢34.2 billion, compared with the programme target of GH¢36.8 billion.

The minister said the new appointees were expected to drive a number of critical transformational changes, including modernising and digitising tax processes and systems, as well as increase the quality of taxpayer services.

As a middle income country, Ghana needs to increase domestic revenue mobilisation to about 20 per cent of Gross Domstic Product (GDP), up from the current average of 12.6 per cent of GDP, required to meet objectives of the Ghana Beyond Aid agenda.