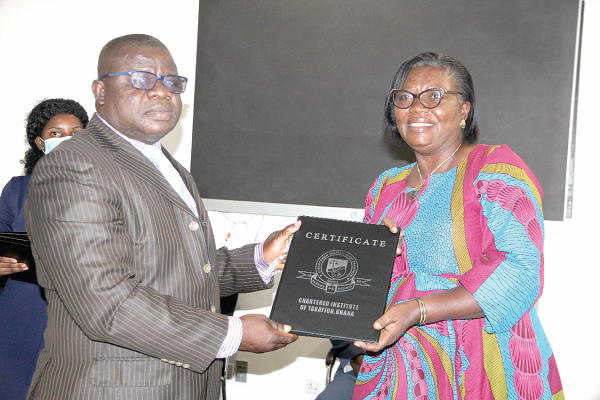 The Ghana Revenue Authority (GRA) is developing a tracking system to monitor the activities of betting and media streaming platforms for the purpose of tax collection.

The system is to track the revenues of the companies through the activities that occur on the platforms daily to allow the revenue administration and collection body charge appropriate taxes.

The authority is hopeful that the technology-based system will be ready by the close of December to allow for its deployment and collection of taxes from the numerous betting companies, video streaming companies such as Netflix and other social media and emerging enterprises in the technology space.

The Commissioner-General of the GRA, Rev. Ammishaddai Owusu-Amoah, who said this in Accra last Wednesday, noted that there was a lot of technology-based e-commerce happening in the country.

"If we don’t understand the technology, we are not able to follow them; and there is a lot of revenue when you talk about Netflix, Google and the likes. We’re all paying money every day but we’re not taxing that area," he said.

He was speaking to the Daily Graphic on the sidelines of the 2021 orientation and induction ceremony of the Chartered Institute of Taxation, Ghana (CITG).

The commissioner-general added that the system was part of a wider strategy to tax the emerging economy, a chunk of which was technology-driven.

Rev. Owusu-Amoah explained that once completed, the system would be able to track all transactions undertaken by the targeted companies, whose operations were largely online.

He said that would be after they had been registered as taxpayers, whether resident in Ghana or non-resident businesses.

“So the system we are developing will be in conjunction with them so that if you don't register with us and we don’t have our system being able to track every transaction that goes on in your system, then we will have to ban you from working in the country. As far as you are working in the country, you have to make sure that you comply,” the commissioner-general of GRA said.

The membership is a recognition of their professional proficiency and relevant experiences.

The inductees were officially inaugurated into the profession through an oath of secrecy and an official oath administered by a High Court Judge, Justice Ernest Yao Gaewu.

The ceremony was organised on the theme: “A well-trained tax practitioner: A panacea to tax practice and administration challenges.”

The commissioner-general also revealed that the authority had signed an agreement with the Ghana unit of the German Development Corporation (GIZ) to establish a five-million-euro IT training institute to build the capacity of GRA staff to enable them to use technology at an advanced level in tax collection and administration.

He indicated that a curriculum was already being developed, pending the completion of the institute, which was expected to take 18 months.

Rev. Owusu-Amoah said GRA was aware that knowledge of technology had become very key in taxation in recent times, adding that “in some of the sectors, it is because we have good technology that we are able to understand and raise some tax from them”.

“When it comes to the telephone companies, it’s all technology; if it comes to even the mining companies, there are a lot of technology issues there and even your ability to appreciate what the person is doing needs technology, and then the speed with which people can work is also technology.

“Therefore, we want to make sure that our staff are not just qualified people as far as tax is concerned but when it comes to technology, they have a very good under\standing and appreciation of it,” he said.

Rev. Owusu-Amoah also said GRA was coming up with a cybersecurity unit to combat the increasing rate of cybercrime within the taxation space.

“A lot of the crimes that are committed today are committed using computers. Sometimes you will go and seize computers in order for you to go into the system and find out what kind of crime the people have committed; and if you don’t have a good system, you can’t do it,” he intimated.

For his part, the Minister of Education, Dr Yaw Osei Adutwum, stressed the need to inculcate the culture of voluntary tax compliance in Ghanaians, especially children, to improve revenue collection.

He said the issue of low tax education remained one of the key and complex challenges militating against Ghana’s revenue mobilisation strategy, a situation he observed contributed to why Ghana remained a budget-deficit running economy.

Dr Adutwum, therefore, called for an enhanced collaboration between the ministry and the CITG for sustained tax education in the country, particularly in pre-tertiary institutions, to heighten voluntary tax compliance.

“We need to take this initiative up and to play our respective roles in ensuring that from kindergarten right up to the tertiary level and among practitioners and entrepreneurs, we understand as citizens our fundamental responsibilities to, with delight, pay our taxes,” the minister said.