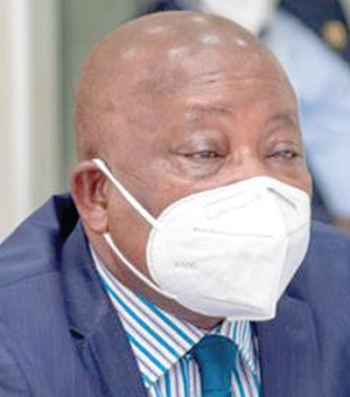 The Minister-designate for Health, Mr Kwaku Agyeman-Manu, has stated that the government intends to construct 111 district hospitals across the country. He said each of the hospitals was estimated to cost between $5 and $7m and in total cost $707 million.

He said even though the President mentioned in one of his speeches to the nation that the government planned to put up 88 hospitals, the number had increased to 111 to make room for additions, including hospitals for the six new regions that had no regional hospitals and other places that were left out at the initial count.

In addition,he said the Effia Nkwanta Hospital in Sekondi would be upgraded.

In President Akufo-Addo’s eighth address to the nation on the coronavirus disease (COVID-19) situation in April last year, he announced that some 88 hospitals would be constructed in districts across the country.

In the course of time, six new hospitals for the six new regions have had to be added to the plan in what the government termed Agenda 111.

Answering questions before the Appointments Committee at his vetting in Parliament yesterday, Mr Agyeman-Manu, who has been renominated for the Health Ministry, said, “There are 88 districts in our country without district hospitals; we have six new regions without regional hospitals; we do not have infectious disease control centres dotted across the country and we do not have enough testing and isolation centres for diseases like coronavirus.

“We must do something urgently about this and that is why the government has decided to undertake such major investment in our healthcare infrastructure, the largest in our history.

“We will, this year, begin constructing 88 hospitals in the districts that do not have hospitals,” he said.

Mr Agyeman-Manu, who is also the Member of Parliament for Dormaa Central, said given the number of hospitals that had to be constructed, the cost had also gone up to make room for 13 additional hospitals.

“Mr Chair, the initial costing was done on the basis of averages and we are looking at a cost between $5 million to $7 million per hospital.

“When the issue of equipment and other logistics come in, we still think that a maximum of $7 million can do what we have to do.

Mr Agyeman-Manu further told the committee that serious work was yet to begin on the construction of the district hospitals due to the coronavirus pandemic.

Moreover, the Minister of Health designate said 13 districts were yet to submit their site plans for consideration.

“The President had envisioned that the hospitals would be completed within the promised time and so he set up a committee including all the key stakeholders to start working on them. We asked all the districts to give us land for the construction of the hospitals.

“As I speak, we still have about 13 districts that have not completed the exercise of giving us site plans on the lands intended for construction of the hospitals,” he said.

President Akufo-Addo, in his address delivered on April 27, 2020, said the proposed 100-bed district hospitals will be biggest investment in the country’s health sector.

There will also be seven hospitals in the Upper East, five each in the Northern, Oti, Upper West and the Bono regions and four in the Western North and Western regions.

He said the Ahafo and Savannah regions would have three district hospitals, while there would be two in Bono East and North East regions.